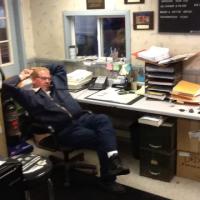 They were not the location I chose and I could not make it there until 4:20 ... 20 min after they close at 4pm so she set me up over the l ok hind and apparently I paid 75 for insurance

Again, not their fault but there was NO mention of a fee to drop it off on Sunday. We could have easily returned it on Monday morning.

Staff was very helpful and friendly. Trailer was ready early and tech helped hook up to our truck for us. Highly recommend using this Uhaul at Stan's.

I dropped off the Uhaul truck on a Sunday night and used the instructions from your website for returning the truck.

Despite that U-Haul scheduling pissed me off by changing the single confirmed location to pick up both a 10-foot moving truck with auto hauler, this location supported me because I was arriving late (after hours due to having to go "cross town" to get the truck first. They left me the instructions and had me registered before they departed.

Uhaul is a rip off all of them

Be more specific when going over insurance coverage on contract this was a problem that had to be worked out.

I reserved a U-Haul at the location right up the street from my house. The day before we are scheduled for pick up we are told we now I have to travel an additional 15 miles one way to get the truck from this location. Of course we had to pay for that additional mileage which I don't think was fair. It wasn't our choice to go to that location.

Drop-off location did not make it obvious they had anything to do with u-haul. There was also no key drop-off box.

Did not have equipment requested beyond empty truck.

Truck broke down on me late yesterday evening. The owner drove all the way out and got the truck running for me. I was impressed

Very professional and courteous staffer. In and out the door in 5-10 mins.

For being a repeat customer of UHaul for all my moves, I am extremely upset over the enormous difference between the two most recent moves. I understand supply & demand pricing strategies, but when I rent the same trailer within a week of each other, and price delta is $200, I would expect uhaul to have given me some price relief given the short time between rents.

Keep a better time log of when the truck was rented out and when it was returned because the times on the receipt were incorrect. Then they had the audacity to try to charge me for two days worth of rental time when I had the truck for less than 5 hours. When I drove to the location that I rented the U-haul from, they said that overcharge had to do with corporate. Later that day, I contacted corporate and they said it had to do with the location and not corporate. It likely had to do with the location I rented the truck from because they were the ones who told corporate what to charge my card, so was not pleased that they lied to me about that. Also, when it comes to the overcharge, it so happened to overdraft my account and my bank charged me a $35 fee for that. After a lengthy conversation with this representative, he was able process the refund amount that they overcharged me for, however, when I notified him that they had not lifted the hold that they placed on my account, he said that they should do so very soon. The whole process inconvenienced my entire day when I expected it to take no longer than an hour or so to resolve. Well, here we are a week later and they FINALLY lifted that hold and that overcharge was officially returned into my account.

Very confused. We thought we rented at Monroeville and got an approval immediately with that information. We did get a quick message (no email) from the location in N. Versailles saying they were closing at 9 am on the day of pick up...but it was identified in the first sentence that is was a transmission center and not a U-Haul located at the center. It did NOT explain that we had not been reserved a U-Haul there because Monroeville did not have a one-way available. We went to Monroeville who told us we did not have a reservation with them. After checking the system, they told us to go to N.Versailles and that it was open until 11 am...so we did. They were closed. Fortunately, the main reservation system straightened it out and we go a rental. Very unhappy that we were not informed more clearly and in several different ways!

This location was very convenient, early hours were a plus. Staff was super friendly. Was able to book car trailer the night before and it was ready and waiting when I arrived. Exactly what was needed to tow a car.

The staff was horrible. Cursing and threatening to charge me more days. I was contacted this morning and a man was screaming at me because the key was dropped off in the wrong box. I was instructed to drop the key in the box no box was specified, they were dropped in the mailbox Saturday morning. He yelled saying you don't listen I hate it when you people don't listen. I missed money because of you we don't have the code to the box it's a corporate U-Haul. I asked how would that be my fault. He continued yelling and hung up. I called back and informed I am not to be charged more than the two days I had the vehicle as it was returned. He stated I called you Saturday and Sunday for the key I informed I had not received any calls beyond today, why wouldn't I return a call if he left a voicemail. He began to go as far as saying he will pull his video footage of where his staff specifically said to put the key. I said great then you'll have footage to show the vehicle was returned and keys dropped in time on Saturday. I also informed him I inquired with the mechanic and too sss told to put them in the box. He then hung up again. This represents U-Haul as an entire corporation and I am prepared to take this experience to social media and with my contacts at the news outlets. I have never experienced such disrespect in my life. I will never rent from U-Haul again.

The customer service person was harsh and not friendly at all

Everything was great. Thank you.

Bob in Pennsylvania is AWESOME

The services was the best