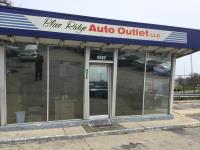 First, pay attention. ( someone gave me the wrong key for the truck) ended with an hour delay to my trip. Second, the chat option ( the person ) is taking for ever to respond. * over all due to one mistake ( the wrong key to a different truck) I spent an hour outside in the cold weather, and called maybe 4 times to customer service to fix all the mistakes happend to be able to get my truck and go. It was awful experience and to me this is the last time renting from UHaul.

I was charged 5 days rental for 4 days. I picked it up on Friday 1/22 and dropped it off 1/26. I would have dropped it off on saturday but the location closed at 4 and there wasn't an after hours drop off. The location was also closed on sunday so I'm actually being charged for the locations lack of customer service/hours. I have used uhaul several times the last 3 years and after this experience I will never be using this service again.

The location was not open to answer questions. I had to walk around the block to retrieve the key. Additionall, the mobile app check-in and out process was horrible. I will not use it again nor recommend it.

There was a sign on the door at pickup (5pm Friday) and return (3pm Monday) that they were out on a run. I had to make a call to them to get a lockbox key for a truck

I did not get the dolly & furniture pads I requested

He needs to communicate better. Plus when I dropped the truck off , he wasn't at the office and did not answer his phone. Thus making it seem as if I bought it back later than intended. He's very unprofessional.

I thought the person there was snotty. I will never chose this location as a drop off ever again.

I was given the wrong address, spent an hour and a quarter of a tank of gas before I got to the right location. The gentleman was not there when I arrived and was VERY rude to me. I'm sorry if he was pissed off, I was an hour late, but it hadn't been a great morning for me either. He asked for my license, I gave it to him, then I told him that my husband was going to be the one driving, he proceeded to throw my license at me. I will NEVER use U Haul again. Frankly, I am pretty pissed off that you got over $100 from me!!

The owner of the dealership was very friendly and helpful. It was fast and easy to understand.

The customer service was horrible , the guy there was very rude and mean . He did not use any safety procedures for Covid 19. I will never go back. You guys should take the rental service away from that store

The guy was rude and didn't explain anything.

Attendant on duty was a jerk. Totally rude and gave off the impression he didn't need to be bothered. Will never rent from this location again.

I wasted an hour of my contract time with the online service. It's too slow and I will not use that service again.

I was told I would pick up trailer in KS. Had to drive 40 miles to get trailer.Made reservation 5 days in advance but it was lost.

The lot is very small and makes it awkward to get in and out of. Maybe some form of entrance/ exit markings to help. The workers were great, they got everything ready to go in no time and even explained how to use the equipment. The size and location aren't great, but the staff makes up for that.

They acted like they didn't really want the business at first. The customer service wasn't really good or like I've experienced in the past at the main uhaul locations. This was my first time renting from a offsite location. So maybe this is how they render service.

The service was excellent. I was in an out with no problems. Reservation was perfect, I was early and the truck was there and ready for me to rent.

The gentleman was rude. Another customer that was dropping off a truck the same time I was even remarked at how rude he was when she had picked her rental up earlier that day. The facility is dirty and the man smelled just as bad. Horrible experience.

This was my first time using a uhaul. I can't remember the mans name but he was beyond rude and gave me a terrible experience. He was not welcoming and gave me half ass answers. Almost make me not want to ever get a uhaul ever again. Also as he was leaving he almost ran the over my cousin. He was in such a rush that he didn't give me the full instructions on how to return the uhaul. I understand if you're having a bad day but you don't take that out in your customers! Especially if i was nothing but nice to you.