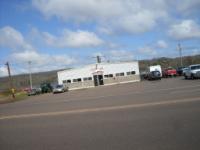 I arrived at my destination in the Upper Peninsula and my moving help completely bailed on the whole order. I had a conversation with "Keweenaw Movers" a few days before the move trying to confirm the order. All I got from the guy was that they were really busy and he would call me back later that day. No call. Left him several voice mails and no return call. There is only one other service like this in the area called "On the Move" that is just starting up. They were not able to help me in time, but the guy was in communication with me while I was unloading. I am 65 and my wife is 67. That is why I needed help. My neighbors saw me unloading by myself and chipped in and helped or I would have been screwed. DO NOT BOOK AN ORDER WITH "KEWEENAW MOVERS" UNLESS YOU WANT TO BE IGNORED, LEFT OUT IN THE COLD, AND PISSED OFF! They are the most expensive and they are not worth the trouble of a phone call! If you need to come to the area up here, book "On The Move." Even though he was 4 hours away when I talked to him, he made every effort to get back and help me. It just turned out that the truck was almost empty when he called and to tell me he could be here at 9:00 PM. He was willing to keep his word even though he was obviously delayed somehow. Good man.

It was a great experience and the owner/operator very helpful in getting me going. Thanks!

Friendly, efficient, made sure I had a fully serviced trailer. I have rented from here several times and will go here again when I need a rental. Fully trust them.

Very helpful and flexible to our needs

all my drop offs where when no one was there, but it was convenient!

Excellent and able to accommodate an earlier pickup thank you!!

It was wonderful so I can think of nothing you can do to improve service.

Excellent people to work with. Friendly as well.

I wasn't told that my pick up location was different than the rental location. But Mike at pick up was great.

The uhaul trailer we rented leaked during the rain that continued throughout our entire move. So for the next customers after me I'd recommend that the trailers be checked for leaks during storms and be sealed up to the best of their abilities. We noticed the leaks before any of our belongings were damaged, one of our couch cushions got wet before we noticed and then we made accomodations when loading it after that to ensure none of our belongings ended up being damaged.

My overall experience was excellent and the Wakefield location was very friendly!

Truck was dirty on the outside with dirt and bug splat.

I would give U-Haul POOR. The pickup and drop off locations were very professional unlike the U-Haul regional manager. I received a voicemail 2 days prior to my reservation pickup date stating the pick up location had changed. It was 4.5 hours away from my reservation pickup. I called and ask what happened and what could be done, the manager rudely stated he can do nothing, it's just how it works, do you want it or not because other families will take it if not.

Have my cash deposit when the truck is returned. He told me that my deposit would be sent in the mail right away. I have still not received it.

Everything went great,just a little dirty in the cab otherwise the truck was great!

Truck was dirty with dust and dirt. It smelled like a dead dog and I had to clean it for 2 hours with bleach before being able to use it. Location was dark and rental was squeezed in a corner between other vehicles as well as in the mud. Without lighting and a 26' truck I ended up causing minor damage on surrounding vehicles by accident - manager said it wouldn't have been possible to safely get the truck out of the yard as he hadn't prepared it because dispatch cancelled it by mistake. Waited 3 hours on the line in the cold at the location after hours to get the keys because they cancelled the rental even if I called to confirm a few hours prior. 3 dozen blankets were missing which made protecting my belongings that much more difficult and had to travel to 3 locations to get a dozen blankets. They changed my invoice by accident and overcharges but said not to worry about it as notes are in the file. I needed to just accept it for now so they could provide the keys after 3 hours of waiting and that I would then need to call customer service and they would adjust it. Spent a couple more hours after the rental with the service team as it isn't easy for them to now adjust the invoice (I had raised this concern during the checkout process) and waiting for a supervisor to call me back. They were supposed to give me SafeMove Plus as I asked for maximum coverage when I confirmed the rental on the phone but they only gave SafeMove. I was not aware of the various levels when booking on the phone but we had a lengthy conversation about getting maximum coverage. The invoice only gave me SafeMove and then after having done the damage in the lot because the truck was in a dark muddy location in between vehicles (that manager said wouldn't have been impossible to move without causing damage but I figured I had clearance of that is where they parked the truck) I then find out there are 2 levels of insurance and the one they have me doesn't cover damage caused to other vehicles. Waiting for a response from their insurance team but I doubt they will cover it since the file is messed up. Uhaul said once I hear back in a few days I can request for a team to review all the recordings to see if the change in contract as well as insurance coverage aligns with what was discussed or not. They changed the pick up location at the last minute and said they wouldn't charge for the extra miles to pick it up but they did charge me. There were extra miles added in the system but no note for it and then they charged me for those miles which were supposed to be a credit for the distance to the new location. They never offered a credit on my account for any of these problems, from the multiple calls to get the truck, extra driving to pick it up, 3 hours to get the keys, me having to clean the entire truck with bleach, missing blankets (which currently shows as unreturned on my invoice), improper insurance added on the account or the fact that the truck was

I spent $16 washing the ice and mud off. I was pleased that the representative I dealt with went out of his way to find me a trailer at the last minute and the price was fair!

Everything at the D/O location was perfect

They were closed when I dropped off equipment but the place was clean and it had plenty of spots to park easily. My issue is with corporate I think. I purchased safetow coverage, and my car was damaged in transit. Sat on hold for quite a while before giving up and sending an email. Been almost 24 hours and no reply... Maybe due to holiday. It's my only car and it cost me the last of my savings to move, and I'm in a new town whereI don't know anyone...so hopefully resolved soon.

Great service and it worked out very well for us.