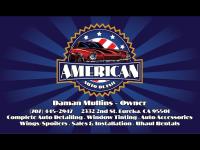 No room to park 26â€ truck with auto tow. But do take note that usual uhaul business has around closed and they were full. As full as they were, they were very helpful and accommodating.

Have equipment inspected before the customer arrives.

Location was fine, app would not let me enter correct mileage before I started and is trying to way overcharge me. Even after I called and emailed a before photo before I left.

The guy was grumpy about receiving my trailer!

U haul is a side thing for them. I had to wait while he finished the part of a job he was working on. When I called him because of a flat on the trailer, he didn't know where to direct me for help. I asked him if he had a number for U haul and he had to look it up on the internet.. But he did that and gave it to me

I returned everything and got calls for the following days sayung that i hadnt retuend my auti transport. I droped the suto transport at one location and told them all the information about my contract number and they said its fine that i leave it at that location, then when i dropped off the truck at the second location they said everything was fine. It was a rather stressful situation.

The location, although average, was not enjoyable. The representative of the business that hosted the rental of U-Haul equipment was rude and slow and certainly less than courteous

The first place that I called in Eureka, some kind of "Lube" business - Cory' there, promised me a truck but did not have one and could give no certianty that he could find one. He then sent me a reservation confirmed #90134069- which was very confuing because he said he had no trucks that size in Eureka and the closest one was Redding area. To make things even more confusing and painful for me - he said when you get this the business will be closed, but to leave a message of any of my needs, and all there was all weekend was a fax line buzzing when I called several times both days. He also said that I could call his cell iand gave it to mef I could not get through to the business line as they were closed for the weekend. His cell phone all weekend and into early Monday morning was "this phone is refusing messages at this time!!!!!" IT WAS MADDENING TO HAVE DEALT WITH THIS BOY CORY!!!! I made other arrangesments through the weekend and set up the reservation that we did use: 9089942 since I could not reach Cory or his business and get any certainly. We were told over and over that the truck was there in Eureka at the dealer north of town, 3220 Jacobs Avenue, and they could not find one which took us finally about an extra hour of man power standing around until they found us a truck. They finally sent us to the final destination, 321 Canal to get our truck and promised there was one there now. There was. The wait agin was about 1/2 to 3/4 hours more! Then, after we had our trauck home finally many hours later than expecteed on pick up day....We were given the run around about wanting a longer ramp as the one that came with the 26' foot truck was way too short and and steep and caused many problems and dangerous situations for us. We were used to a 10' ramp with this size truck. We were sent all over Eureka to find a longer one until finally the admitted that 8" was the longest now that the "newer" trucks are out and that is all that they have for them (the 26' footers. And we dragged the truck with us everywhere in case we found one!!!!! Then, we were told we could have an "extra day" for all of this trouble - through Thursday 6/6th. They told us to call the return place if we were running andy later and that "night drop was oK without any extra charge! As this began to look lik eit woul dbe so, we called the sedtination place and they said not to drop it off there but another location and gave us all of those directions and number and aid that as long it was there by 9am on the 7th we were cool! So when we go thre about midnight the gage was locked and no where to drop a key or the truck. Soo to keep it safe we sat and thought abuot this for ahile and then called the main line yet again, and were tol dthat it shoul dnever go that place but to another place "7 miles away"! NOw since we had alreadyfilled for the first location we now were using gas again - we went to the directions that she gave us on the phone and no U-Hau

Have the truck waiting and ready at the scheduled time for pickup. They were still cleaning it and both times I went to pick it up, I had to go find them in the shop to get help.

Absolute pleasure from start to finish. Nice and friendly and even willing to help resolve the problem the other guy started. Beyond happy with the service and would recommend to anyone.

Nothing it was great

Tried to rent after hours with account and phone. Lousy experience... denied when given a color test that I wasn't expecting, didn't read instructions well, took test with one hand in the dark outside by truck... must have made a mistake... was declined... called help line and told there was nothing that could be done! I would have retaken the test carefully with new info but was told all I could do was come back in the morning! Well duh! If I wanted to rent in a.m. I wouldn't have driven all the way to rental yard at 9 pm. Stupid system! Hopefully will never need another UHaul truck!

I guy told me about the tow button and about how it downshifts when you hit the brakes. That was important. I like the green fuel Econ info reader.

Daman was great and review everything with me.

Nothing great service Thank you

!!!NOT THIS SHOP, but the UHaul store in Eureka... Why can't I plug a 7 pin connector into one of your rental pick ups??? that is an inexcusable situation... ALL trucks are made today with BOTH 4 pin and 7 pin, why not yours???

This location does not provide security to store trucks. Rentals were all parked on the street, and I collected the keys before closing but couldn't return until later to pick it up when I had another person with me to drive my car. When we arrived at the truck we notice the back was unlatched and when we opened the door there was a homeless person sleeping in it with his belongings. We were pretty startled to say the least, as was he. We asked him to leave and he stumbled out. We noticed he had urinated in the back of the truck as well, and I had to use some of my shirts to clean it up and throw away. This happened at the pick up location when we were initially retrieving it (we didn't just leave the truck unlocked in a random location). Fortunately the guy didn't cause any conflict but this could potentially be an unsafe situation for your customers and the guy in the truck. Please consider leaving the latch in the back of trucks locked when they are stored in an open unsecured location!

The process was easy and everyone was friendly

They had what I needed even before the day of pickup. Very professional. I would go back to them in a heartbeat.