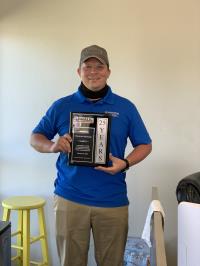 Renting & returning the uhaul was the easiest part of moving. No complaints, great service!

Everything was as expected: great. Nothing i can think of.

The truck was dirty and there was trash in the cab. Also I was overcharged on my bill!!!!!!

Rented a trailer from Hudson Oaks facility. First trailer they hooked up had 2 sliced tires that I discovered. He gave me a second trailer and stated, â€œI hope the lights all work.â€ Well they didn't. Three marker lights inop that I also discovered. Had no choice but to take trailer, those were the only 2 that they had. At my home ready to load, but trailer filthy inside. I had to clean out with lawn blower and wipe grease off of entire floor. Trailer also smelled like cat! I would like at least a partial refund for my time and effort getting trailer ready to load. Also, the Hudson Oaks workers seemed more interested in surfing the Internet and closing early than making sure equipment was ready to rent.

When we got ready to turn it in the place we were supposed to turn it in was not accepting returns. We had to waste about 4 hours messing with that. And when I spoke to your representative she was able to offer me any compensation for my time or trouble. My time is worth something to.

The gentleman greeted as we drove up, asked who we were and we were done, a total of 5 minutes.

Brian did an excellent job! Very impressed with his helpfulness and ease of dropping off equipment.

Maybe one of the rudest people I have every had to deal with WILL NEVER use this location again. Never had this issue with any UHAUL location must be the person not the company!

The customer service at this location was outstanding!

The trailer I received needs to be decommissioned. First, it was very old and tired looking. Secondly, it was not very road worthy. Upon pulling it to the house unloaded to load the vehicle, the trailer seemed fine. When loaded, I could tell there was an alignment issue with the trailer. When I got to my destination, I called customer service to see if I could leave the trailer with a UHaul place close to my destination and told I would be charged a fee. My only option was to have a traveling technician come to me to address the concern. Unfortunately I had to return to my destination to pick up my daughter and take care of my dogs. My wife and I could not wait for a technician to address the problem. The trailer had severe swaying issues going down the road which is very dangerous, even though it was loaded correctly. My truck has a special order only option for heavy towing, and I have never experienced this type of swaying with a trailer which is extremely dangerous. I also pulled this exact same truck with a newer UHaul auto transport from NV to TX last October and had no issues. This could have caused a major accident as all newer trucks, like mine, activate anti sway with the brakes on a trailer. But UHaul only has braking system built into the hitch. There needs to be a law implemented here to address this design flaw.

Guys were great and helpful. Deffinetly going back!

Return of vehicle was easy and fast. Employee was helpful. The 15 ft truck was easy to drive and operated fantastically. Great A/C system!

Charles was awesome. Will rental again Thanks Russ

I had a little bit of difficulty opening the back of the truck because it was a bit sticky where the gasket of the door met the floor. Cleaning it up so that it's easier to open should be easy enough.

Picked up trailer at earliest time of 10 am to find it opened at 830 am. Wasted 2 hours of my day that I needed. Out of the dozen trailers available, he chose the only one that had not been checked in yet so also had to wait on that. Trailer had obviously been jack knifed so we took pictures before leaving since he was unconcerned. On return, a couple reserved a truck that was not available to them. They had to drive to fort worth or take a 10 foot truck. Again, unconcerned with this. I was waiting for my turn so I asked if there might be any down the road. He said no, not on the weekend. After a few more minutes of the couple saying that they received no emails about a location change and that a 10 foot was too small, the attendant said nothing. I finally asked again if they could actually call the other location a mile down the road and they stated they didn't open until 10 am. No looking in the system. No offer of a discount. Nothing. The couple walked out to look at the truck. I took a step forward and said I just need to turn in my trailer. He looked at me and commented on the couple again. when he was done, I asked if I could turn in my trailer or did I have to wait on the couple to come back. I found that rude and arrogant as he stood with his feet crossed while leaning on the cabinet. This location needs some general training as well as some manners and customer service training I won't visit this location again.

I want someone to call me at 503 519-109 to discuss the leak in the trailer that caused the wood chine cabinet to get very wet. If I do not get a call in the next week I will protest the charge with the credit card company and have them reverse the charge. Thank you.

Can't think of a thing.