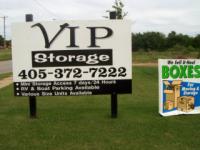 Awesome customer service above and beyond

Always come to this location if I can. Love the VIP storage lady.

This review is really about uHaul. I have no quarrel with VIP storage. I had no interaction with them except for a phone call confirming tha tI still wanted the truck. Pick up and drop off there were very easy with the app. Otherwise, I've never had a good experience with UHaul, though this was not the worst, so that's something. In general, I will always go with Penske if given a choice. I had to move on a certain date and Penske wasn't available. First, the truck I ordered was not available. I was offered a 26 foot truck, but had to turn it down because it wouldn't have fit were I was moving. The 15 foot truck I got is only a 15 foot truck in the uHaul world. Everyone else measures the floor, which was only 12.5 feet. The truck itself had 91k miles on it and it was obvious that no one who had driven it had ever loved it. It was hard to keep it on the road the the rattles were deafening. The bouncing when it was unloaded was at times scary. I am very glad I didn't have to drive that thing 1000 miles. Apart from general condition, it's a crappy truck because the floor isn't even. It's hard to stack boxes when the bottom box isn't sitting even. The low deck is nice, but the fuel filler in the box is a big obstruction. The only way to compare this truck favorably is to call it what it is, a 12 foot truck. It's better than a 12 foot Penske truck because those don't have ramps. All in all, it was better than the last uHaul I got, which was a 26 foot truck that wouldn't go over 50mph loaded or unloaded. We called to exchange it, but once you've gotten all your brothers-in-law together to move your in-laws on a Saturday when you all work during the week and are exhausted already, you can't wait four hours to change truck, so you drive that piece of crap three hours across Michigan, load it and drive it three hours back with a long line of pissed off cars behind you because you've got it to the floor and are still 15 under the speed limit. I really really hope I never find myself so desperate as to rent another uHaul.

When returning early you should be credited

We didn't make a reservation but they had what we needed. They were fast and the lady behind the front desk was very nice. She made sure the vehicle was clean and even made sure it wasn't parked in a puddle, she moved it around so me didn't have to jump the puddle! Would recommend.

Nothing! Friendly and knowledgeable.

VIP is a great location and Deborah is a great example for others to follow. She truly serves the people and go above and beyond to make rentals convenient for the customer.

Get a customer service person that will be honest when I picked up the truck it was dirty it hadn't been cleaned out the lady told me it was on. Not I have a receipt showing where I had to put $20 worth of gas in it I request a refund of every penny she told me she wouldn't charge me for the dolly because they didn't put it on there when I reserved the U-Haul but yet she went and charge me for it do not charge my card you guys took $271 off my card and I am filing a complaint on this location

The lady was very nice and helpful.

The lady was very nice and helpful.

Easy pick up and drop off. Staff is super friendly and helpful.

Thank you for friendly and efficient service.

I was quoted an estimate of $71.10 including tax, etc, for one day rental with 20 miles. I actually went 21.5 miles, and put $8 of gas in the truck. This means that I was charged $22 for gas for driving less than 22 miles in addition to $23.44 for mileage. THIS IS OUTRAGEOUS. Highway robbery. Warning to anyone thinking of renting a UHaul. Do NOT trust the level of gas indicated on the U-Haul Equipment Contract. Go out to the vehicle and check it for yourself, and in addition write down the initial mileage reading. To go from an estimate of $71, which itself seems way too high for a $29 rental. $29 Rental turns out $29.95!! $22 Mileage estimate ($21.80) $51 base rental - $51.75 plus insurance, - $14 Estimated Environmental fee - $1 Rental Tax - $4.65 Credit Card Authorization - $71.40 ACTUAL BILL - $87.49 BEWARE! This could happen to you!!! Everything related to this UHaul Rental through VIP Storage was excellent EXCEPT getting overcharged for the gasoline. being charged over a dollar a mile for mileage and over a dollar a mile for gasoline. is outrageous. I recently rented a minivan from another company and the charge for gasoline was $127 for 1700 miles of travel. There was no charge for mileage. UHaul could learn something from the way others rent, and not be so unreasonable. I highly recommend everyone stand up and complain about this from UHaul.

Followed the directions by dropping key in the box after locking up moving truck. Then all of a sudden, I am informed that I need to take a picture of the mileage after locking up the truck? Are you kidding me?!! Online checkout via cell phone even worse. This was the worst moving experience ever, and I have moved many times as I and spouse are retired military. Will try other moving companies from now on prior to your company.

Keep doing what you do. Very nice lady helped us.

Do not use self check in.

Staff at this location was incredibly kind and helpful. I will use this location every time I need a uhaul in the area going forward.

Nothing could improve this location. They were very professional and courteous. They explained everything perfectly and took great care in virus protection. Thanks!

I don't think your odometer is accurate! I drive the route Dailey to work and it took more miles to get where I was going and back than it should have. Should have been about 49 round trip and it was 52. Overall good experience though

Super friendly. Super helpful. Absolutely will use this location again.

I have been dealing with the manager there Debbie for years she's wonderful! Would recommend her to anyone!

Debbie is awesome to work with and always takes great care of us!!

Debbie at VIP is always so nice and helpful!!

Debbie was great and was very quick and helpful at the end of a long move.

Debby was very helpful and knowledgeable! She provided us with impressive service and positive experience!

The lady I worked with was awesome. Very knowledgeable and helpful. If I need to rent something again, I will go with her. Very pleased.

Experience with this location was great. Very fast and extremely efficient. Easy return process as well. Good selection of Trucks and Trailers and they had just what we needed. Thanks!

The truck had a bad vibration the driver side head light was out on high and low beam the cab light and the cargo lights inside did not work so we had to upload in the dark but the bad thing about it was I rented from uhaul a number of time this years and this last experience with uhaul really disappointed me and my family. Thanks

Really getting expensive to rent a truck with all the addons.

I want recognize the EXCELLENT customer service I received from Debbie at this location. Thank you for helping me work through the details I needed for my U-Haul rental.

Thank you Debbie! You're the best! Always above and beyond with excellent customer care and service!

Wow, the customer service was outstanding. What I usually expect, but rarely receive. Agent was well informed, resourceful, friendly, and helpful. The site didn't have the equipment I needed, but got me the equipment to get the job done. The agent was very efficient at completing the transaction quickly, and giving me the information that I needed. Texted me while I was in route to the nearest drop-off point. I rarely leave reviews but when someone does their job in such a way that it makes your job easier, you have to leave a review.

After the previous night of little sleep and much to do, the gal that received the 10 foot truck that I returned was cordial, well informed, and an excellent representative of a site that rents U Haul trucks and equipment. She made the process of returning the truck simple and she was thorough in checking everything out. She made my day!

The woman who took care of us was wonderful! Excellent service.

Debbie was Excellent. Came in early so I could get started. She made it very easy through Check out to Check back in. KUDOS to HER. and many Thanks.

NOTHING! Debbie was awesome!!! So helpful and accommodating. My schedule changed somewhat and Debbie helped me out and it worked out great. This place, and Debbie in particular, rate a 10+ on a scale of 1-10.

Nothing can improve the service of this location. They are excellent

This was my first time! It was actually very cool!! I had fun being the "big truck" on the road!!

Nothing. The system works great as is