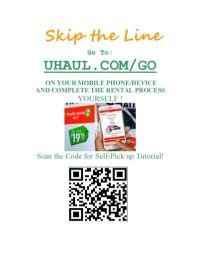 Tires need checked before rental. One tire had 13 psi in it.

The trail had something wrong with it, it would not go on the ball all the way. It popped off the truck when we were putting the car on the trailer.

Dropping off the U-Haul was a much better experience. Taylor's K&E identified the problem immediately. It was a loose Axle. He said he always checks his equipment b4 renting it out. Thumbs up to Tayor's K&E 4 keeping his renters safe!!

no improvement needed. all was perfect, easy, and friendly ppl

All good with helpful staff.

I was extremely satisfied.

Look into the transmission. It has a hard shifting issue with the truck that I used. And I reported it to Taylor K&E The engine would reve up to almost 4,000 rpm before shifting.

Friendly staff who would go the extra mile to ensure our planned move would happen as safe and secure as possible!

Tires were worn out. Had to stop immediately to air up left tire.

The problems we had while using Uhaul had nothing to do with the vendors at the pick up/drop off locations. They were all very nice and helpful. The problems we had was from the U-haul employees. First, they put the wrong name on my reservation and had me scheduled to pick up the uhaul 3 hours from where I live. Second, the gentleman we picked the uhaul up from had a doctor appointment. He informed Uhaul, but they never blocked it out on the schedule - so we waited for him for over an hour (at no fault of his own and he was very apologetic). While we were waiting, I called Uhaul to find out where he was. I was transferred to 3 different people and spent approximately 45 minutes of my time just waiting to speak to someone. Third, when we reached our destination, there were some delays on our end. I called Uhaul to extend the truck for one day. The lady told me I could drop the tow dolly that day since I didn't need it. She said she'd call ahead for me to let them know what my plan was so I didn't get charged for the dolly too. No surprise here, she didn't call ahead. They helped me and tried marking the dolly as returned, but it didn't work. Uhaul wasn't of any help, so I did in fact get charged another day on the dolly, too. Fourth, every time I've called Uhaul - with the exception of probably once - I've had at least a twenty minute wait before speaking to anyone and nearly every time, I get transferred to at least one other time. The majority of the customer representatives I've spoken with seem to be undertrained. Finally, the website has glitches and doesn't work like it's supposed to. If it had, I wouldn't have wasted part of my life waiting for a Uhaul representative to answer the phone, transfer me and mess up my reservation. Uhaul caused me undue stress, gave me a headache more than once and wasted A LOT of my time. So far, dealing with Uhaul has been the most stressful part of our move - that's with a family of five and a business moving 700 miles away. Venders did great. Uhaul did NOT.

I was mis lead

The people were very nice and took my return with no problem.

Even though I interrupted lunch, the guys went out of their way to be friendly and helpful.

Customer was slow, U-Haul application was so slow it made it difficult for the service person to set up a contract to rent the trailer. Sweet lady, but seemed like it was the second time she had rented a trailer.

The uhaul was not clean, it leaked, gas was on empty when picked up not where the person said it was. Food trash in the cab and cigarettes butts in the back.

proprietors very helpful and helpful explaining all that was needed to get us on our way and back with the job at hand. Truck was neat and clean.

This location is very difficult to find, no onsite personnel, no way to return equipment and ensure it's received by U-Haul. I'm only happy I don't need to use U-Haul again but if I do in this area, I'll spend the money to just buy a trailer.

Off the beating path a bit but those around Doniphan know where it is. This took a little longer than usual as the only one there normally doesn't do the uhaul orders.

Everything went smooth as expected.

No improvement I can see needed....Fast and friendly service!

I'm upset that I didn't get my deposit back, but over all the experience was something else

Had a Sunday drop off. Could not find the place cause directions have not been updated in at least 2 years. No one to answer phone. Could not use cellphone at drop off facility, no signal. Worst drop off so far

The business was extremely hard to locate as to the u-haul portion. There was only one truck visible and it was about 2/3rds hid behind a portable building, so we passed right by before knowing it and had to hunt around in the little town before getting a gps reading to point us back to the business. Needs more visibility.

Customer service was excellent and specific to our needs. We were very impressed.

Truck was clean inside and out and well taken care of. Taylor's was more than helpful even staying late to help meet our schedule. Highly recommend them.