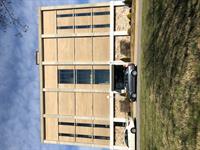 Location is great to get in and get out with equipment rental. The personal are very friendly

No area to place the trailer. Door was locked. When someone came, she was pleasant, but had to move a truck to create a space. She did NOT report that I returned the trailer 6 hours before it was due. I received texts and phone call asking me to return the trailer that i already had...

Arrived and the location was not staffed. Called and the agent arrived shortly after and she was very nice. Truck that I was assigned had a flat tire, switched to another truck and found it was loaded with office furniture. Moved the furniture to the truck with the flat tire to speed process. Then found out the keys were not on site and had to wait a short amount of time for them to arrive. Was promised a discount for moving the furniture but that was never provided by the renting location. I then had received multiple receipts of which most were for the wrong equipment and wrong fuel level. Had to make another call to customer service and demand a credit due to the multiple issues encountered with my rental.

I like that I was able to drop of the truck and check it back in using the app even when the facility wasn't open.

Got to site and rep was helpful, but I had to ask for assistance to hook trailer up. When I returned no one was there to assist. Both chains from trailer had been hooked into one loop, it took 45 minutes to get them out. Someone had arrived by this point and was helpful, but we could not remove trailer from hitch. She asked a gentleman for help and he figured out the problem. Someone needs to be on site to assist customers that can assist and is knowledgeable.

Very professional and nice very helpful definitely will be back.

When truck was dropped off it wasn't secured .

my rental was at 10:30 and waited over 45 minutes for the woman to show up. In addition, I was charged for driving over 100 miles. It was a local move and didn't drive more than 20- 25 miles. I have never had any issues with any other uhaul location. but this one.

The manager was fine and she was nice

Human error is everyday life. No one is perfect and we all make mistakes, and forget things just by trying to remember to not forget anything... details for returning equipment and trucks wether online or in person should be explained, made bigger to see. Flash cards somewhere to help remember. Flashing red ligh when making reservation on how to return equipment. This is needed because it had been over 6 years since I last used UHaul and was not made aware of the returning process. However, the customer service center with live Reps, was available to assist me in the process and provided information on want to do to help them help me complete my reservation and return. Thank you UHaul, Rep- Ashley, and Eliza's Helping hands to help make my move as smooth as possible. #foodforourthought #patientpeoplemakeprogress

Had to stop when it got dark as one headlight didn't work. Resulted in $129.38 hotel charge and loss of many hours! Very very dissatusfied

The employee responsible for renting my truck to me was over 30 minutes late for the appointment. I was informed that I would receive a refund on my rental, and that has not occurred. I am extremely disappointed and frustrated with this service.

Change in the last minute because not space for truck and trailer. Very dissapoint with the service,

Some knowledge of trailering and hooking up to the vehicle would be very helpful. I had used a trailer before and so was familiar with the logistics but others may not be.

Outstanding personnel. And, I LOVE the marriage between your professional service and the agency where the service is located - indicating that your company takes an interest in helping people in need.

I tried to get this trailer in High Point but not available. Had to drive to Winston Salem out of my way. Pick up at that location was lacking. Poor signage and office person had lots of distractions. I was told by email I could pick it up at 10:00 for some reason. When I arrived I asked why ten and I was told I could have picked it up before then. Pick up early would have been nice because of the distance to my destination. I had to stop along the way and buy an electrical plug adapter to fit my 2013 truck. The trailer did not come with one. Cost 13.00 dollars.

Was told that I did not need to change my 2 day reservation to a 1 day reservation because I would be refunded the difference if I turned it in after one day. When I called about returning the trailer that same night I was told this was false. Now I am stuck paying for the second day.

I was charged twice for a one way rental. This additional charge on a card that I was assured would not be charged, has put my banking account in the negative. It is imperative to have this resolved as soon as possible. Unfortunately, I am not a happy customer.

This was not the location I chose. If a change is made, the customer should be notified of the change via email, not with the confirmation of the reservation text message.

My resevation with Budget fell through because hey did not have the truck I reserved a month ahead of time. U-Haul was thwere to save the day!