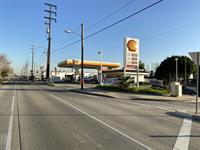 Great Customer service! Very easy process of checking in and checking out.

This location is great , John help me a lot with my rentals for the last month and a half

John provided excellent service and was very attentive. I recommend without hesitation this location. Thank you for your service it made my experience pleasant. Just keep up the good work...My experience was awesome!

The inside and outside of the cab was not cleaned and definitely not sanitized. It was disgusting actually. You could tell the inside of the cab had not been cleaned in a while.

truck was dirty, employee was sleeping when I arrived, didn't want to help with the app as he just stood there Truck battery died twice! - the engine heat from the truck blows into the truck while the ac was on as well The back door would lock when rolled up all the way as well. overall bad experience

He scammed me out of buying gas from his station. Or he was going to hit me with. $30 survharge

the representative is rude

The cashier was rude and uninformative. She assumed we knew what the process was and gave us attitude when we were asking questions.

Gas tank meter read less than zero. Had to get gas immediately!

The female representative at the Shell Gas station had a poor attitude about helping me. She got upset when I asked her why I had to give my credit card number again. Her response was "I DON'T KNOW. I will not be using Uhual anymore.

I reccommend and would use this location again only b/c of its locality. However, trying to book a van on a Saturday was a ordeal with riddled issues from location change after change and than a double book. However , it all worked out at the end. I only needed van for 1 hour and was able todo what was needed. But wasted a few hours due to van unavailability. Wish it could of been as smooth as it appears with mobile check in and out with appointment and vehicle clean and Covid-19 Sanitized and ready for pick up. Hopefully next time.

The attendant was not there to open for business and when she arrived, she was late.

I went to the u-haul in whittier ca. first, the one located in lefinwell ave. But the service was not courteous, nor friendly, from the first time the deny having a rental truck of the size i nedeed it, then any truck, i call to make a reservation and the same man attended me and started to argue with me because of my comment i made, that there it was the reservation he was asking for and that it was so odd that he said he was not going to have that truck maybe until tomorrow. He got offended and declined to rent me the truck. Worst costumer service with that man. I had been there other two times in the past but never again will go to that place. Zero costumer service.

Replace the employees. They know nothing about customer service.

Fill tank so I don't have to get gas first thing! Tank was on empty.

when i picked up the truck it was dusty and dirty, I took a picture of the tailgate to evidence some damage- just in case there was a dispute . When I returned it, the clerk charged me a 25 dollar cleaning fee. The floor mat was dusty from my boots and the bed had some dust on it, but no way was it dirtier than when I picked it up. I was on a deadline, so I did not take it back to wipe it down to the clerk's satisfaction. Totally ripped off. Arbitrary by the clerk. I have rented a uhaul truck on 4 occasions in the past few months, very happy with each rental- except for this one. This $25 fee was unwarranted, I would like a credit back on my charge card.

Disgusted with the truck. Extremely dirty. Never again will I use this location to rent a truck. I will make sure to not recommend this location. Also, not cool with all the extra hidden fees.

THIS WAS THE WORST CUSTOMER SERVICE I Was charged incorrectly ,ADDITIONAL 53.00 charge was not explained Correctly,the truck was filthy I asked the girl if it was clean and she said yes and I told her clearly it was not!! I was so irritated i wore my mask the whole Time while I was driving the truck because I was afraid that the air ventilation was not clean NOTHING WAS CLEAN TO COVID standards OR ANY STANDARDS I WAS AFRAID TO GET INTO TRUCK I WIPED DOWN STEERING WHEEL AND DRIVER/PASSENGER SEAT AND WAS GROSSED OUT, I WORE GLOVES THE DURATION OF TIME WHILE USING THE TRUCK FOR 8 HRS AND WITH ADDED ANXIETY BECAUSE IT WAS SO DIRTY, ALSO when I picked up the truck I got it and 1 hour and a 1/2 after I was SCHEDULED to pick up due to the customer she was helping before me she said she didn't know how to do any of this because she was new Then apparently the system went down She tried calling the manager and no one answered the phone and delayed everything but I didn't get any extra time on the truck or any discount I WILL NEVER RENT FROM THIS PLACE AGAIN

Person at register was very friendly and a very smooth transaction..very please with this location, and I will continue to use uhaul for my moving needs

Computer down, waited a long time.did not receive dolly and was charged for it. Also left email regarding that we should be credit the dolly fee.

This is my first time renting a U haul truck personally, but not my first time all together being a second party to a rental and this experience was the worst ever! Being that it was my first, I am very disappointed. I am waiting to be contacted by a customer service supervisor regarding this location. The person at this place did not inform me until I arrived to pick up the truck that U haul computers were down so I was told to pay 100 cash, who carries that much cash when they're moving? So I had to go find a store to get cash back because there are no ATM's for miles! He was quick to have me sign the agreement but explained nothing to me. He said he would send me instructions on how to know where to fill the tank to upon return and didn't. Then, when I returned the truck, late, I do confirm this. He proceeded to try and charge me a â€œlate feeâ€. Come to find out this is merely another days rent. And, when I spoke to customer service, he only mentioned 29.99 + 10.00 dolly, where did the extra 10 come from? So now I am pending approval by U haul to have this extra charge waived because what I see this shady Shell guy tried to do was milk me instead of explain to me what my real option was-to keep the truck another day since that's what he was trying to charge me for. This location is is giving U haul a bad look by misrepresenting the Terms of Use, which he did not even provide me with, btw. On top of this, he chose to argue with me and shrug his shoulders like he didn't care, which I don't expect him to care about me. But I do expect some level of professionalism if he's gonna run this side hustle. If I were U haul, I'd take this privilege away because he straight attempted to scam me. I gave him 100 cash, he charges my card 50, takes 50 out of the drawer and boom he's made some cash off me. How many ppl does he do this with? Shady. Don't go there ??