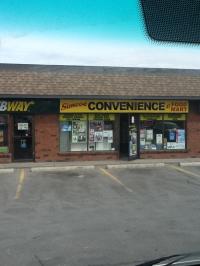 Equipment was clean but not maintained: check engine light was on all the time I had it! Although I ordered a truck at least 6 weeks in advance, I never got the size I requested and went thru three different location before final pickup. Certainly not up to the standard of the location I ordered it from and had excellent service from them.

I went for the prebooked pickup time and the vehicle was not available. I had to wait 3 hours to pick it up. I will not go with uhaul again.

THE TRUCK WAS FILTHY. Not wiped out, AT ALL, and during Covid, BRING YOUR OWN CLEANING SUPPLIES? Also, Don't bother doing anything beforehand online - she'll make you do it all again. Seriously, during COVID, I was trapped in their tiny enclosed store for 15 minutes while she re-did everything I already did online. THEN she wouldn't do a walkthrough around the truck, so I took a video of it instead. It was ridiculous. It was like she was being as difficult as humanly possible.

I will never rent from uhaul again! ABSOLUTLEY price gouged! I was lied to right up until i paid for it. This gentleman was not transparent, was not clear on what he already knew what was going to happen. He never once told me the truth about price/km!! So disgusted in how i was charged! If he was truthful right from the start i would of said no! Instead he raped my credit card!

Make sure the size of truck ordered is available a week or so before the move date. I am going to have to get another one to get the rest of the stuff still at my other house and it is a 5 hour drive each way to go back.

I called to address our charges as they were more than we were quoted. I was on hold for over an hour and then a machine kicked in to take a message. I left a message requesting a return call over 24 hours ago and still, no one has contacted me.

Very friendly and helpful staff! The van was in good condition but a wee bit dirty in the passenger cab. (ex. crumbs on seats and on dashboard; lots of dried mud on the floor). It didn't bother us for our needs...but just don't want to get blamed for it ourselves! LOL Not sure who is responsible for that?

Both man and woman are very hard to be nice too. I tried but when they tell you to sign off on the truck as is and the truck has many more dings and dents than the pictures show it is hard too. Inside of truck wasn't and looked lile it hasn't been cleaned in weeks. The male just kept trying to add things to the final bill with no reasoning behind it. Wanted the truck by 9am and he made me wait for an additional 45 mins past that time. Made no effort to apologize or show understanding when it came to not having the orginal items I reserved. Just rude and unpleasant. I won't be back if I can help it in any way.

At the time of the telephone booking, have your telephone representative mention the pick-up location. The pick-up location was sent in an email. When I called in to speak to another representative, I was informed that no other pick-up locations were available. Information, such as vehicle condition had to be sent from my (the customer's) mobile device. Photos of the vehicles condition should be submitted by the U-Haul representative when conducting a walk-around with the customer. The U-Haul representative should offer the option of either an electronic or paper receipt. The receipt info was only sent via email. No owner or maintenance manual was available in the vehicle to help me orient myself to the vehicle features or safety equipment. None of these issues helped me feel 'secure, convenient, or safe'.

Not much you can do with the covid19 but my experience was good Van was clean and people at location friendly.

Have better signage to let the customer know where the darn place is. I won't rent from u-haul again!

Expensive! Discount is much cheaper, they offer unlimited km

The operator of the U-Haul told me to be at his store at 8:30 a.m. for a pick up and he didn't arrive until 9:30 a.m....the vehicle was totally covered with snow and ice and there wasn't a scraper to clean it off...I took me until 10:15 a.m. to get the vehicle because he was opening his store up at the same time I was there. When I arrived back to drop off the vehicle, again he arrived 20 minutes late. Both times there was not an apology. VERY DISAPPOINTED WITH THIS EXPERIENCE!!!!

Confusion with booking. Picked up truck at agreed on location. Staff told me i could drop off at location close to my home. Attempted to do that but couldn't access the account on line. Finally returned truck to original rental location

This man was more than helpful, but what was frustrating was that I was told i could drop the vehicle of in Port Dover instead I had to drive another 20 minutes farther away to drop it off, and he was not even sure he could take it without getting an extra charge because it was not the area we said we were going to drop it.

Could upgrade those vehicles for better fuel efficiency.

Please remove this location and find a substitute. He is already selling the store presently and clearly has given up.