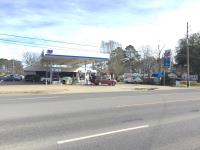 None of the people who worked their had any idea how to process an order. They made me come back a day later to process my order and handed me a handwritten note as proof of rental. None of the links they gave me worked. I still have no idea if I ever paid for the rental.

Have dollies already in vehicle and walk out with customer to answer any questions.

I was transferred to another person and told I could not get a confirmation number unless I agreed to a Walmart card I was then given a partial number then told I need to agree to Allstate service to get remainder of confirm number. When I tried to get uhaul on this number, there was no reservation When I went local dealer they were very helpful and provide truck and made copies of info I had written down for this call. This was suspious enough that I call my credit card co and authorized the local uhaul charges and cancelled this card

The truck broke down after the move and before i could return it as scheduled before 7:00 the day of the rental. I tried to call the 800 number and never received an answer. I notified the rental location where i rented the unit and made them aware. The truck was finally picked up on Tuesday at 6:30. I was overcharged for the rental based on the Order/Reservation.

Original pickup location was supposed to be in Monroe La., it would have been nice to know before hand that 6X12 trailers were not available at my original location

The only issue was this location did not have the requested equipment I needed (furniture dolly and utility dolly). I had to go to two other locations to find this.

Not a real office. It was fast but not all that professional and the truck was not clean.

I order a dolly and they did not have one

I got charged 240$ when I picked up and then got charged 331 when I arrived. I know I went over by 50 miles but that should have been 50$ more. If the 331 is the adjusted why was I not charged the difference or refunded the original charge.

First off... this whole thing was screwed up.. I reserved one at a Shell station by my old house.. Only to be called to tell me they moved it because the Uhaul guy wasnt at Shell that day.. so I had to go to a place across town.. only to get there and they tell me they aren't using Uhaul until the beginning of next month.. so I call the guy back.. he tells me I have to use the app to get the truck.. so I have to find a smart phone.. to use the app.. I couldn't put down the truck smelled like cigarette smoke.. and the pick up location did not have a dolly I paid for.. so I called the guy back.. which he did bring me a dolly to my house.. but the whole process was just horrible.. I've used Uhaul for all of my moves.. probably 10 in the past 5 years... and this by far was the worst experience I've ever had... I doubt I use Uhaul in the future

TJ's was awesome! It was actual UHaul that was not helpful and rude! Went to pick up the tow dolly and it popped up I could not rent it. After online it said I could. TJ said call them and see what the problem is. The operator was unhelpful and rude! Finally TJ looked in the computer and something was entered incorrectly by UHaul. Long story short TJ was extremely helpful. Even helped put my ball on for me. Nicest guy. Nicest store! UHaul.... maybe you should take some tips from your branch.

Make sure when picking up uhaul that the paperwork associated with the rental is giving to the customer, I have used uhaul a dozen times over the years and I have NEVER experienced what I did with this uhaul.

I reserved a unit several weeks in advance to be picked up in Monroe. When I called the day before the person (Tracey I think) said she did not have a truck available for me. I had to re-route my trip to Ruston to pick up a truck, then go to another location in Ruston to obtain a dolley and pads. This was most unexpected and inconvenient. However, there were no issues with the truck. I believe that you should have discounted my bill more than $50.00 for this trouble and inconvenience. A very dissatisfactory experience with U-Haul!

Pros: The gentleman that helped was very friendly and helpful. Cons: First the inside of the back of the truck was covered in some kind of white powder that made all my moms stuff smell like it even though I swept it out before loading. The ramp was covered in it. Second they did not have the 12 pads I requested I had to use nothing. Had to use her personal blankets Third the shifter was very loose and you littery has to slam the drivers door to close it. My mom was very upset and would like some kind of compensation for all the inconveniences. Thanks

This location assisted me very quickly and efficiently. I will definately use them again if I have moving needs in the future.

people were nice, truck was clean, they need some signs by the road and this location doesn't show up on the internet for some reason. but it was still a good location.

customer service was great. they had the equipment I need and they were very helpful. they went out of their way to make sure I was taken care of. Defiantly recommend

This placed is closed on Sunday so I did an unattended drop off. It's not a great facility and backs up to some sketchy houses but I did speak with the owner who was very helpful and nice, which is why I gave it 3 stars.