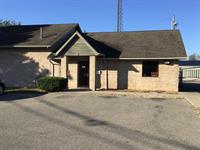 Super nice lady to work with!

Dropped off several hours early, so I could hopefully avoid being charged for an extra day (which has happened before) next day, I received a bill claiming i dropped it off an entire day late. Will go with another company from now on, im sick of being dinged 40 bucks every single time because they can't check in when I drop off!

Extremely rude. I rented 2 furniture dollies to use and when I asked the lady about them she got very rude stating "I dont know how you were able to do that; I dont have those here" I also said I did my reservation online and it was supposed to be contactless. She still needed my ID and a credit card. I said "I already did that online it should be on the reservation" she then yelled "if you want me to help you I need it. If not I cant help you." I then told her i also rented an appliance dolly. She was very unhappy I was only doing a one-way trip because the appliance dolly she had was "very nice". She was completely rude and made the whole process way more difficult and stressful. I will NEVER use her and I will make sure to tell everyone to not go to her. In my opinion she should be taken off the U-Haul rental list. *also, during a global pandemic this woman didn't have any kind of face covering while 3 feet or less from me inside the building and out*. I went down to N 21st street U-Haul to get the furniture dollies and Rob (who is the GM of that location) helped me with no problem and actually let me rent 2 furniture dollies for free. I was telling him about my experience and actually started crying because of how rude she was. I will only use him and that location from now on.

The attendant was very friendly and helpful. She noticed a tiny amount of sawdust on the floor I did see and got a broom and swept it out without complaining or calling me out on it. She is great.

I was surprised that the trailer didn't have a tongue jack. I was not able to lift the tongue without assistance! Safety chains should have a hook or something for extra chain to keep from dragging it. Man at American USA told me let them drag but I tied them up because I didn't want to hear them dragging or have people trying to stop me on the road!

The app to pick up the truck does not work properly took me 1.5 hours to get my truck was a joke. I thought the app would be faster was I ever wrong. The wait time on the phone with Help line was like 45 min. The First Lady I talked to didn't have a clew what she was doing.

I had spoken with the agent over the phone while she was at lunch and was told she had a truck available for me to rent. And I was to meet her once she returned from lunch. I did as instructed. Once we started the paperwork she told me that someone else had reserved the truck and that I could feturn the truck within a few hours I couldn't take it. I asured her that I felt I could baring any unforeseen circumstance I could. I was not offered any discounts or any other options. I needed the truck so I RUSHED to get my move done and returned the truck in time for the next customer. But couldn't helpbut feel swindled.

Nothing! The woman went over and above for me to make sure the truck I needed was there. I was having a connection problem and she patiently tried to helped. Great person!

Very flexible with pick up and drop off, and staff was very friendly. I called a day ahead of time to make sure there was a Uhaul available to fit our needs, and it worked out perfect! I would use services from this business again, and I will refer friends and family to use this Uhaul for any of their moving or storage needs!

I HAD TO GET A STRANGER TO TAKE THE TRAILER OFF MY TRUCK NOT GOOD.

I picked up my truck and it was extremely dirty with dirt and dried mud in both the cab and the cargo box. This is absolutely unacceptable especially with the current pandemic. I expected to pick up a clean truck and it was full of both dirt and trash from a previous renter. This is very disappointing and i will not be paying a cleaning fee for a truck that was already dirty.

The gentleman who were there couldn't figure out how to do anything because the woman who runs it was on vacation. When they finally did get me the keys, it was to the wrong truck which I had to use because there were no other keys. It took an hour to even get the keys. Upon returning the truck less than three hours later, the mobile return wouldn't let me put in the odometer reading because it said it exceeded what was originally on the truck I was supposed to get. I barely drove it 10 miles.. odometer reading before I left was 100592 and when I returned it, it was 100601. I tried calling the location and of course there was no answer. I will never go back.

No one was around and the phone number listed when trying to leave a message the mailbox was full. Called the U-Haul 800 number to see what to do they walked me through the on line share so I could get cleared from the vehicle

Not a good experience with this location.

It was first in my name and the lady said that was ok to use my dads credit card he was there and then when my dad went to pick it up he had to change every thing over to his took about 20 min so it was not a pick uop and go then when he returned it the lady could not tell him how much was going to be charged to his account .

truck window left open and it rained inside.

App is the only thing I have to comment about. Pickup with the app is excellent. But drop off as been an issue both times I have used it. In both instances I had to start over twice to complete the transaction. After completing the transaction it never tells you what to do with the keys.