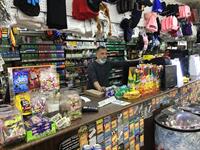 I called 2 days earlier to reserve and got there No truck available. Was sent down the road to one that was waiting, got there NO TRUCK!!! Very distasteful!!! Ended up reserving for the next day. Messed up plans for several people that were waiting to help

Second time I have used this place (or attempted to 2-2) despite the vehicle online being a 2nd choice, and going there to pick it up, the vehicle WAS NOT there. First Time I used these people 7/20 I had requested a dolly and never got it. Not real impressed with the service. Internet to store lack of communication? Or store issues in general?? Wont bother with again. Will be sent elsewhere anyways.

Wasn't able to apply a certificate to my order. Truck had damage, trash and the cab stunk of weed smoke. P

I had problems returning the vehicle online. I use the duckduckgo browser 5.70.0 It's likely that that was the problem, but it was harder to return the vehicle than it was to pick it up. I should have used a different browser. I will try to think of it the next time. At any rate, the personal service was excellent.

Owner was rude and rushed me through check in because he had customers at his convenient store. Falsified document showing a full tank of gas when there was only half. Will never use them again.

Check in was very slow! Took too much time.

Very unfriendly employees at this location. They seemed annoyed to help me. Did not answer questions, were very demanding. Very disappointed with this.

This location is unfit to represent Uhaul Corporations based on my experience. When arrived the personnel told me he had no trucks after 2 days of my reservation placed with the Company online. He then tried to tell me he spoke to the company 30 minutes prior to arriving that they should have called me to let me know he had no 10 ft trucks when there were 2 10ft and 2 Ft trucks on their lot later finding out the 2 10ft were broken down. Needless to say I had to take a 15ft Uhaul at same price of course. Very unprofessional as I maneuvered around their customers. I don't think he would have offered larger truck had I not prompted him to call Uhaul as I did also.

The guys were friendly and helpful. They were super kind. It's not the nicest neighborhood but the people that work at that store are great and U-Haul actually has the trucks in inventory!

Was not the original location,was supposed to pickup at 11am at the Rockford Ln location.Location was closed and redirected to this one 5 and 1/2 Hours later.I paid for help and had no truck.Did not like the fact that I was not notified ahead of time.I had truck reserved for 5 days and not contacted about this closure.

Truck was old and definitely sounded like it needed servicing. Used 35 of the "free" miles to get back from the location I was sent to no where near my requested area.

It is a Convenient Store, The Owner is trying to Run his Business, doesn't have any help, has to lockup to go the trailer, yeah he sets it on my hitch tightens it down, No further inspection is done. The Trailer is parked in the weeds, i won't use this location again

When I returned the truck I gave the guy the key and he said I was good to go. Later my card was charged $555 which I agreed with and then 2 days later my card was charged $740. I tried to call this location twice and no one answered so I went there and he just gave me a number to call. 18006281314 when I called I spoke to Brittany who was very rude and was actually yelling at me. While she was poorly explaining the charges she said one of the charges were for gas but when I returned the truck it actually had more gas than it was supposed to have. I feel like I was scammed. I was a regular at uhaul at the corporate preston location and I usuallydont have a problem. I won't go to any of these satellite stores again.

I was booked to pick up the vehicle that I rented in Prospect Ky. When I arrived at the booking location I had to go out of my way to the Oak street location to get the vehicle. All employees involved were very polite, but the booking was not as scheduled.

The person checking the truck out was nice and efficient, but the pick up location was scary and a dump. :(

Very quick and efficient return for the truck. Location was fantastic - very convenient for our central Louisville move.

Check in and out was fast. The truck was available on time. All went as planned. Thanks!

I ordered a furniture dolly but it was not there when I picked it up, which was kind of a bummer since I was relying on it to move. Other than that, the equipment was clean and well-maintained.