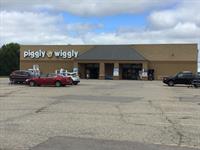 Absolutely a great experience and awesome customer service at your rental location!

My only complaint is online approval process. I had to go into store for help because i was getting no response from person approving my rental. Because of that I had less time on my rental.

Extra charges I didn't consent too. The representative should of told me there was no ramp for me to use on that truck. I have back issues. Charged me for cleaning of the truck when it wasnt dirty and gas that I put it before I returned it! I

Alex was awesome in helping me get this done. Above and beyond

We were supposed to get a uhaul in lake mills at 9am on Saturday September 26th. The people who had it before us were supposed to drop it off at 8am and they did not. They didn't have another uhaul for us and we had to go to a different location to get a smaller uhaul and had to make multiple trips due to this. To improve, their needs to be a strict return policy of the uhaul because we were waiting on someone that never showed or answered their phones. I hope you charged them a lot of money for this inconvenience. There should be a plan B for this situation and not sending us to another location for a smaller truck.

Representative at Piggly Wiggly didn't know how to operate the trailer jack.

Alex did a great job along with his co workers, easy and curtious. Online web site also easy to use.

The gas tank was on empty when I picked up the truck.

Of all the Uhaul locations we have gone Recently since my truck is having issues, this place tops the rest by FAR!!!! Will definitely use this location in the future! Staff were GREAT! Location was clean and convenient! And accessibility so uncomplicated compared to Oconomowoc, Fort Atkinson, and Watertown! We will be using U-Haul in near future again and finally feel comfortable with all aspects at Jefferson Piggly Wiggly!

The staff could not find the key, witch lead to a delay in us getting our truck. We arrived 10 minutes early and it took 20 minutes to complete the process.

I was able to rent what I needed with ease. These difficult times have left us guessing from day to day. Piggly Wiggly, of Jefferson WI is a great U-Haul partner.

There are U-Haul must closer than Jefferson. Like Columbus, Sun Prairie, Cottage Grove, Waterloo. We made 45 miles because of road construction.

I used the online pick up and it took over 45 min.. dont waste the time. Just go in and do it..

They had 2 customers waiting for truck pick up and no one on duty was aware of that and also no one working knew how to work a U-HAUL transaction. They got in touch with a person that handles those transactions and said it would be 10 minutes before she could get in. While waiting for the person to arrive the other employees were complaining that none of them wanted to learn how to do this job and had predicted that only a couple people knowing what to do was bad for the customers.I was put off by the poor handling of my experience and started out about 20 minutes later than I expected.I know the other customer was upset at the delay and poor customer service as well.I doubt that I would use them again after this experience.

I went on line to book trailer well ahead of scheduled rental. Web site would not let me return trailer to original site, a notice popped up saying return site could be entered at time of pick up. Really? After a call from U-Haul manager reminding me of rental for Friday, I took his advise and preregister and pay on line. It still took over 30 minutes to get trailer, employee at location had to call her boss for procedures. Once returned, I was met with a notice from location that trailer was involved in an accident. This is not true, period. An employee did a visual to confirm. I would have thought U-Haul, for as many years of being in business would have a user friendly web site and personnel would be trained. My thoughts are wrong! The person at pick up location did everything to resolve and I know this situation is not her fault. It is a big enough head ache to move let alone the trouble of renting a U-Haul trailer. Sorry, no recommendation from me. It is not the end of the world and everything worked out but I do know, U-Haul needs to do better.

when dealing with the person who oversees the U-Haul department, it was smooth sailing - but if you have questions or pick up when he isn't there GOOD LUCK! my husband was put on hold while other customers were helped first even though he called first, then when he asked questions when picking up the trailer the lady had no idea what she was doing and was very rude about it. we will never come to this location again.

Trailer had lots of mud on ramps and hitch areas. I got dirty loading my vehicle. Trailer has a vibration at 45-55 mph. Possible bad tire. Otherwise trailer loaded easily and worked well.

Alex was extremely helpful when I called and when I was there to pickup the truck. He answered all my questions and was interrupted while we were checking in and he gave me his undivided attention. Excellent!

I made a 9 am reservation. At first there was no one at the location that new how to take care of the rentals. There were 4 different people that were all waiting with 9am reservations. The first rental did not go out until nearly 945am. I was able to get mine shortly there after. The issue is I had arranged to pick up what I was going to haul at 930 and was about 35 minutes late. Upon returning the trailer again the person at the counter had no idea of what to do. I will not be using this location again if I need a uhaul.