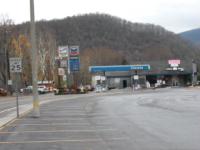 Nothing its all good

The Hinton WV location was rude and disrespectful to me. I will never get a uhaul from them. Again

We got exactly what we needed at the time it was promised. Danielle was so sweet & helpful. Completely satisfied. Definitely recommend this facility

Very unprofessional employee who stated SHE was the one in charge of Uhaul there. She was rude, threatened myself & husband, using filthy language, etc. We and our company has used Uhaul throughout the United States and never have had one issue until now. Will NEVER nor ever recommend this place to anyone to use! We requested help when picking up the trailer and was told by the store employees there was no one to help, we asked for check off list or for someone to inspect the trailer because it was left with woodchips it appeared in the tracks and was told they didn't do that as well. Yet this woman screamed at us that it was "fucking filthy" EXACT words to is even though that was how we received it. It is not a customer's place to clean someone else's mess after noting this to them beforehand.

The site was a bit confusing as to where to drop off, but it was dark and rainy.

They were very informative about uhaul.

The customer service is not the greatest. It was like we were a problem to them.

Did not have a dolly or pads in the truck.

Reconsider the establishments and personnel you consider letting work under the UHaul name. I feel robbed and cheated from my expierence and hard earned money spent after having to encounter such a hateful and degrading situation.

The agent was just great!! Very knowledgeable...friendly...helpful and accommodating. You should model all your locations after this one!

I did mobile service so the truck would be ready at 9 am, got there, clicked pickup truck. It said, no truck was assigned to call Jeff Bowles. Called Jeff and he said just go in and all would be fine. Went inside to find out they would not do the rental until 10:30. Called Charleston again, a reservation person called me back, she processed everything with her, contacted the store and told them she processed it. All we needed to do was walk in and get the key. Went back in to it's not in our system and we don't have a card on file for the charge. At this point the card had already been preauthorized, so I went back in to my online banking to show them and find there was 2 preauthorizations for the same amount. So called Charleston again, she said she only charged it once, but they would drop off when the final went in. Went in to get the key, and had to do paperwork all over again. Also was charged for the safe move when I declined it when I made the reservation. The mileage was also off by one mile on paperwork and what was actually on the truck, paperwork had a 3 on the end when the truck had a 4 but I wasn't arguing over .69 cents. After turning the truck back in, rather than dropping the 2 preauthorizations and doing a new charge, I was charged the difference for the extra mileage, therefore still having money tied up in preauthorizations that shouldn't have occurred. I called Charleston again, the system was locked up or something and they could tell me nothing. Have to check back tomorrow. It was one hassle after another when it was suppose to be a simple online reservation.

The people work here seemed to not care about customers. The first day, we cant help you right now we are to busy. Go on the internet and make a reservation come back tomorrow. I came back with my reservation. Still not super friendly but acceptable. The mechanics in the garage attached were drinking beer from a cooler in the garage. I could not get anyone to help me check the lights. I asked if I could get a military discount and was told they could not find the option. I also asked if I would get a partial refund if I returned the trailer early and was told yes. This was not the case. I was charged for a return rental, it was fixed and then charged for the one way rental and I am still waiting for the one way to fall off my card.

I reserved a truck in Princeton on Thursday to pickup on Saturday. On Friday, I get a call that no trucks were available in Princeton and would have to drive 30 miles to Hinton. Why would the website say a truck is available 2 days out?? It took almost an hours time to get and return with truck.

We were not given any instructions on how to use the teuck. Just given the keys and told where the truck was parked. The person checking us in repeatedly said they were just a â€œpick up drop off location â€œ and we would need to call the UHaul toll free number with any questions.

I made my reservation for the Beckley location. If the only Uhaul available was located in Hinton, then Uhaul employees should have had to go get it, not the customer. Very dissatisfied!

I should have known this was going to be a problem from the beginning because I could never get them to answer the phone. The personnel there was rude and not helpful at all. I had processed my order online with a drop off in Fairmont, WV - when I got there she stated "she couldn't get it (the computer) to take a drop off so I needed to call to make sure I could drop it off. I am NOT driving to Fairmont, WV and HOPE that I can drop it off. She wasn't willing to help secure the drop off at all. Very rude and I WILL NOT ever use them again!!!!

Overall good service. Just be mindful of their hours as it is not a 9 to 5 operation. Reserving on line was easy and the staff was able to find and get me out quickly. Not sure if I can offer any improvements for customer service as I was satisfied. Since I was experienced, I hooked up the trailer myself and am not sure they have staff that can do it. However, I am sure if you asked they would help.