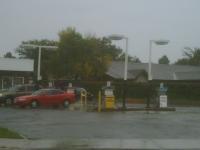 The location was not the next closest to our home from our requested location. It was farther away! Also I ordered blankets and I had to go pick them up from another location (closer, and had 26 foot trucks) which put a big kink in our schedule. Additionally, because the location was farther, we paid more for mileage. When we called to complain they said they were putting in a request to return the mileage; however, our overall experience was so bad him that hardly feels like enough. At this point we'll just never use uhaul again.

I would NEVER recommend your company to anyone. Very terrible experience. I had 2 family members help and they too were unimpressed. I was given a location to drop off in Gloucester on Cryille Road. I had a family member go into the gas station. We were told to not drop it off at this location but to go to Coventry instead. The gas attendant was locking up. We figure he didn't want to process our drop off. Even though Uhaul trucks where in the back lot! and there was a drop off box for the key and contract. We dropped it off there as per our instructions on the contract. The gas attendant was exceptionally rude! Wow

The person working at the counter did not know what they were doing and it took much longer than it should of.

The truck had items left in from the previous rental, the duration of rent time was not accurate upon arrival and had to be reduced.

The man at the counter was confused, he made me redo the steps I had already done on the my online account because he didn't understand that it was an online reservation. He kept helping other people instead of us when we arrived first, and another man who did not appear to work there kept standing loitering around and talking to us and the employee. If I had been aware the location was not a uhaul depot but a gas station with a single uhaul van I would not have had my order here

The van was filthy inside. Everything inside was broken. There was a half full bottle of coke on the door. The windshield was cracked. Someone had smoked in it.

The service was excellent with very helpful information from the staff. The only down side is the location does not look like an approachable place to rent vehicles.

Our original truck was not at the location we booked it at on Industrial road. The gentleman there was NOT HELPFUL AT ALL and it was extremely frustrating he very casual said it would be there 4 hours later and we should come back and there was nothing he could or would do to help us. However, after about 15 minutes on the phone with UHAUL, the guy that helped me was efficient and the staff at the new location were much better. However, I would probably not use uhaul again because of this experience unless we get a at least partial refund on this order. I do not trust that the truck we order will be at the location at the time we ordered it for which is essentially your whole business . Because of this we were delayed over an hour.

The man seemed to have no clear idea of what to do, saying that the paper I gave him was not a contract, and would not give me any paperwork to prove that I had, in fact, given him the behicle and the keys to same. I still do not have a receipt, and am worried the contract did not get finalized.

Quick and accurate. The total was as expected.

The pickup time was not guaranteed as indicated in the confirmation email/order page. The truck was over an hour late...

When I ordered online I opted out of the insurance but the employee made me pay it.

That was a very good experience to use your services. I appreciate that. Thanks very much

I had to clean all the snow off the mibi cargo van took me 30 mins i ask the person in charge why arent the rentals clean and ready and he replied that is a gas station ???????why do tbey rent uhaul then???

the person in charge didn't want to accept the truck delivery, claiming that he has no space, but the whole parking lot was half empty. I don't know how you make a contract with such service providers. He arrogantly asking me to offload the doilley from the truck while he was putting his hands in his pockets. Communications, customer service is ZERO. An experience from hell with your services. The logistical chain effect triggered by your incompetence caused pain and struggles for me and my family with serious financial, economic, emotional and legal ramificaitons.

The wraps we ordered were located in a storage area in a heap. This surprised me because I was advised last October when I rented a U-Haul to go to Ontario that if I did not fold the wraps that I would be charged a fee for not doing so...I folded them before returning them, for sure!

Nothing. Keep up the good work.

I was told to take the truck to this location via a text from U-Haul. However, the drop off location was not expecting the truck and did not have a space available for it. We were able to resolve this issue, but the company's inter-location communication could have been better.

They can not speak English! I was told to come back that the owner was sleeping and he would be back in an hour, I was not given my deposit until next day!!! Always a run around, not organised, extremely disappointed & not satisfied!