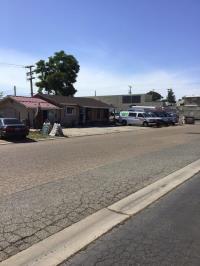 My experience with the Galt Uhaul was excellent, their professional, and friendly. I will recommend them and use them again.

The truck was missing lights, had food left in it, dented sideskirting, really a mess, truck needs maintenance

The location is very dirty they don't have that many choices of trailers the trailer I got had a broken Ramp and bad tires and had debris in the trailer when I picked up ,second time using this location. And I will never use this location again

I reserved the truck a week prior and when I got there he said that he just rented it to a man who was coming to get it so I had to argue with him about it because I needed it and I reserved it not that other man. I also rented a moving dolly and 1 dozen pads and he said that he just told another man that he could use them so he would not have enough for me, even though I reserved them a week prior... the truck was so dirty I had to go and wash the windshield. Also when I got the truck, it was in E so I had to go straight to the gas station and put gas in along with cleaning the windshield. Will NEVER use that branch again!

1. The Trailer was in poor service and lights had to be repaired. 2. The truck was not services for a cross country one way trip. The wheels were not aligned, which was not evident until driving on the interstate highways due to pulling the vehicle and trailer to the left. This problem was not identified and therefore contributed to a highway mishap with a simi truck due to the vehicle pulling to the left. Uhaul needs to own liability for this and reimburse my insurance for the associated charges to include police charges that charged me with the mishap.

Place was closed even though the sigh said it closed at 6pm and we arrived just after 5pm. Dropped keys in overnight box. They processed the next day.

Everything went smooth, fast, and easy. I will go there again and recommend it to all !

The truck was filled with dog hair! Dirty dirty dirty.

I was charged for full tank when I RETURNED the truck was advised he would fix the paper work. When i rented truck had little less than half tank i took a picture the guy renting me truck took picture. I sent email with picture still no refund.

Oil change light was on and didn't know how to view milage initially. I was also given it at half tank so I was concerned I would be charged for not filling it up but I called and explained it and no additional charges were made. Overall good place, close and convenient and reasonable service.

I arrived at the same time as another client at 10am. Their truck wasn't there and the guy running the place tried to give my truck to them. There seemed to only be two trucks there. The guy running the place didn't seem to know what was going on so I had to deal with some woman (who actually seem to know what was going on) over the phone. While it wasn't that hard I fail to see why it was necessary. I would have rated the location poor had it not been for the lady on the phone. 10am opening? Seriously? Who the !@#$ wants to start loading a truck at 10am in the middle of the summer in the Central Valley? The only reason I rented here was it didn't involve a 20 mile round trip at $.75 to a $1 a mile extra. The truck itself was fairly clean but the tires needed air. When I was a kid that wouldn't have been a problem but now days it cost to use an air pump. Yes it's only a couple bucks but, 1, Try finding one that works. And 2, it's your truck why aren't YOU maintaining it? On a positive note I'm glad to see you've stopped preloading a hand-trucks in the cargo area to extort money from your customers who need the space in the truck they're already paying for.

Clean vehicle windshield at least. His latches were loose.

Very rude people no knowledge of hooking up a trailer. Person who helped me was rude and then called another person on the phone that did everything and she was rude as well. No customer service there at all

Make sure can is clean and sanitized! Garbage was left inside from previous renter.

This is the 2nd time I have used the Gault Ca location. They are quick and professional.

I can't recommend changing anything! I had a good experience and I will return to this location to rent for my next move

Had to call multiple times to different locations because they could not get my days right for drop off and pick up. At the end i had the person repeat to me my days of needing the truck and it was still submitted wrong. I had to pay an extra 80 dollars and made my move very stressful.

Nothing. What you need to do is tell your other stores in the area especially the Lodi store not to try and steal Galt's stores clients. I recieved two different phone calls after making the reservation in Galt that there were no trucks in Galt and I had to come to Lodi to get a 10' truck. They were lying because Galt had two 10' trucks. When I told them that they said I was wrong and Galt didn't have any 10' trucks.

Simple and convenient 24 hour pickup and return. They should put more gas in the truck before you pick them up.

The service was great and friendly.

The place was uncomfortable and didnt have a pleasant experience.

Great service in and out in 15 minutes!