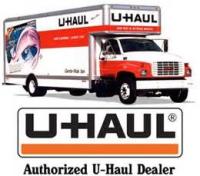 The van was swept out after I arrived to pick it up. The owner was very helpful and friendly. My feedback is more about my overall experience with U-Haul, and not this specific location. When I made my reservation through the national number, I was given the Best Guaranteed Rate - $330 for a 2-day rental with up to 700 miles. I asked if I'd be able to change the pickup time if that became necessary, and I was told yes, I could do that online. When I went online to change my pickup time the night before we were leaving, my entire reservation had been changed to $19.95 a day and $.79/mile. That was not at all what had been quoted to me and not what I had agreed to. I ended up in a live chat online with Kimberly who told me that the rate I had been quoted was not available to me at all even though that was the agreement I had made. I then got on the phone with someone at the national number, and after 45-50 minutes, finally got everything worked out. What I discovered is that, depending on which sales associate you get at U-Haul, you can be told completely different things. I ended up in a panic the night before we were supposed to rent the van, thinking I was going to have to cancel my plans, and then spent an hour getting everything worked out. That never should have happened. I called the next day and spoke to someone in customer service to explain what had happened and express my dissatisfaction and frustration with the situation. I also asked if, as a token of good faith, I could get some packng blankets thrown in. I was told that was up to the pickup location. I disagreed with that, because what had happened had nothing at all to do with the location, it was with corporate U-Haul. I was told that would be up to someone higher up in management. I never heard anything back from anyone about that and ended up having to pay for the blankets. Very disappointing that the U-Haul organization couldn't throw in a $20 service to make up for a very dissatisfactory experience, nor could anyone even be bothered to follow-up with me.

This location was 40 minutes from my requested location and a much smaller truck than requested.

Nothing. Service was exceptional.

I dropped the uhaul to the person there and he took the keys and parked it but didn't give me any type of confirmation and I dropped it off on the same day I rented it at 2 pm and he did not check it back in till the following day almost 24 hours later. I had the truck for A 24 hours rental but only had it for 5 hours max I just wish he would have put it in when I actually dropped it off.

Be more attentive and pick up the phone when the customer calls letting them know we have arrived to drop off the U-haul.

Dropped off after hours.

Horrible experience at the location. No proper briefing given . The facility was closed at 2 pm when it was supposed to open till 5 pm.fuel was not full when picked up, no record of that was taken . Customers were waiting outside as the uhaul app was having some issues and no one picked up the call as well .

The pickup method was not in person like I asked for during the reservation. They had me call a number and they were rude and in a hurry so they didn't describe the process well enough which caused problems during the return process. They overcharged me for gas and were rude when I called about it. I filed a complaint with customer service. I will never use this specific uhaul vendor again.

Furniture pads were not available and no agent was available for questions.

While I understand the owners of this location were stranded due to a flight delay and bad weather and could not make it back in time for my rental after the holiday, the way uhaul handled it was a joke first my reservation was for 8:30 am i get there and no one to be found and they do not open til 10 am so i call the number on the door and find out they are not coming in today and to call uhaul dispatch . which i did and was told they can only check out truck share not equipment. by this time i have to leave to get to my destination to at least do the paper work for the car i'm picking up since i also have a strict appointment time of 10 am for that . finally at 11:09 i get a call for another uhaul rep to meet me at the location to pickup the trailer so i go an hour back to the same location and he takes a picture of my license and my attachment and I'm on my way. i could have sent them two pictures and been on my way when i was there in the first place three hours prior and as far as excuse that they have to connect it , i never let them connect trailers to my truck or if i do i double check it myself because I've had a hitch through the tailgate and its not fun. Let me clairfy this was uhauls fault not this dealer.

It was great. Thanks

Abdul was wonderful! He explained everything about the truck rental and made the process a very nice experience. Thank you Abdul!

No one was at the desk for this location, had to call a chain of 3 numbers to get any help. Miles were not recorded properly.

I took the truck with 3/4 full tank. There was no way for me to measure how much would exactly replace what I used so I filled up the tank on return and they refused to return the credits to me

Customer service is not deaf friendly. You have to call in order to get any type of help which I cannot hear on the phone being hearing impaired. The text app worked until my phone died which I kept telling them I was soon about to lose power. Had to walk around the neighborhood to find s Charger them charge it which took almost three hours. Finally got throwing and they gave me the code. The code worked for opening the box but the wrong truck key was there. So I tried to get someone to call customer service for me after waiting an hour for a passer by to use his voice and call. Was placed on hold to a point the guy had to leave. Will never use this device again. Over the past two days it has charged me well over $300 to make one move of some furniture I purchased.

I was expecting to have contact with a person instead of phoning for a lock box code. I never received a summary of what was setup on my contract to know whether I had the coverages I had requested in my reservation. I received a general contract that listed all legalese, but nothing about my costs or return location.

Greater ease of check-in at the front desk, but the gentleman who completed the check-in was great and efficient!

At pickup have to call owner to pick up, there is no one on-site; location is a noisy gym, so difficult to hear anything. Truck was clean but poorly maintained, clearly needed lubrication.

The process to pick up and drop off the truck was too bad and long , this is the first time I used uhaul and the customer service is useless, they did not help with anything. I asked someone who used uhaul before too and the same thing happened to them so I will never recommend this service to anyone else.

No one was there when we went to drop the equipment

Relocated 3 time to pick up the truck

The website authorized pick up at a different location and the night before sent us to this site. This site has several businesses and doesn't focus on uhaul. Their small uhaul desk was un-monitored and it took 10-15 to get keys. After I was tossed keys and told to go I was called by another manager off site who had to redo the entire rental process. It was not a pleasant or service oriented experience. Other than the doll they also failed to provide the mattress covers and other add ons we paid for from our website reservation. We won't use this site again.