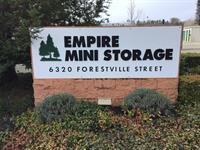 I love these guys. I like that they are local, always great to work with.

Very friendly staff and would use again and highly recommended!

says 19.95 on the side of the van and my charges were close to 65 dollars! you are the biggest rip-off ever, will rent from someone honest next time....and can't wait to leave a Yelp review

The local place is great. Very friendly and helpful. However, the process of uploading my driver's license has been repeatedly frustrating. It is only possible through the phone via link, but after getting the pictures taken, the uploading just spins and spins. It actually was successful, but there is no way to know that. The first time I spent hours trying to get it to work, not knowing that the pictures had sent. I even called Uhaul main number, and they said it was glitchy. Even on my second rental, the same thing happened. Still not fixed!

I was charged $99/day for there $19.99 day van. I called same day to dispute the invoice emailed to me, but as if today 4 days later no correction has been issued.

It took an additional half-hour having to got through U-Haul rather than the place of business. If I didn't have a Verizon cell phone I couldn't have even rented a truck! What a needless pain in the neck this was.

The gentleman that works at this location was incredible. I had some trouble with the new process to upload your drivers license and he was very helpful over the phone and sent me the necessary link. When I arrived at the office he had the truck ready to go and was just an all around super nice guy. I couldn't of asked for a better experience and would highly recommend this location. Good customer service seems to be hard to find anymore but this place has it figured out.

No improvement needed. Staff were knowledgeable, courteous and professional. Equipment was ready when I arrived. The staff asked me if I needed anything else to make my moving experience easier.

Your web site sucks your system of checking in via online is so fucking stupid your site would not let me upload my license and your stupid phone person telling me it will let me when I head to the facility the next day but it wouldn't so crunch times comes and your system let me down for you to make reservations only with smart phones is discrimination against poor people old people and those afraid of technology. If it wasn't for the fine people at empire storage that photocopied my license I would have been forced to waste more valuable time searching for another rental truck yard. Add a back up, fix your website or risk losing customers

Empire Storage Staff are wonderful always great to work with them.

I was incorrectly charged for fuel even though I brought it back refilled. 2 emails and 5 phone calls, both to facility and uhaul corporate, this issue is STILL not resolved after 3 weeks and uhaul is unresponsive. Grrrrrr. So frustrated. Contract # 85253675

everything was good; the manager was friendly and helpful and the truck was clean and in good condition.

There were "additional fees" that were not explained over the phone when I spoke to a U-Haul representative at an "800" number. I have comprehensive car insurance, but I felt bullied into paying an extra ten dollars for a local two-hour rental when I arrived. At seventy-nine cents a mile (PRETTY HIGH given the area), I did NOT expect to have to pay extra for the gas. I will not use U-Haul services ever again. Case closed.

The vehicle Was not completely full of gas when I received it. Even with the estimation of how much gas to put in, the amount of gas but still not enough when I returned the vehicle so I had to pay a surcharge. All of the vehicles should be on full when received by a client. The clerk was afraid to drive the vehicle and park it due to its size. I also wanted to rent the van, and the Van was apparently not available, however it was there the entire time that I was renting the large moving truck which was very big to drive. The $20 rental was more like a $50 rental for not even 2 hours. The store clerks at the mini storage were pleasant so that is why I rated with 2 stars instead of one. So with my experience I will advise anyone renting about the multiple surcharges and perhaps renting from a car rental agency may be a better choice.

The staff at the storage center did a great job. All went smoothly. The truck was like new. It was the best part of a hard day of moving out of the house I lived in for 25 years.

we are so grateful to have been able to rent the truck from Forestville, Ca. The gentleman was fabulous! helpful, polite and fast. The truck was great.

UHaul has the worst website I have ever used. Why do I fill out everything at reservation and then have to do most over when I pick up the vehicle? It makes no sense and it hard to navigate and is repeticious. DUMB!!

It was set up for me to pick up without going into the office but this location has storage facilities for customers and there is a gate where you have to enter a code to get in. I don't see how you can enter, also the office closes at 5:00pm. If a customer arrived after 5 there is no way to get the moving van.

This was a third party location that had no idea how awful U-Haul was treating us so we cannot complain about them.

It would make life easier if you would accept pre-paid cards. The money is of course already there. What difference does it make to the company? It can be a big deal for the Customer. Other than that, it is a great service, and Empire Mini-Storage is the BEST!