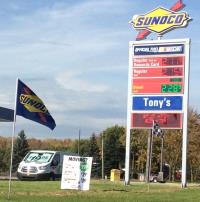 Attendants had no knowledge of uhaul pricing and procedures. Also they could not communicate as they did not speak English.

I would provide a heads up on the process of returning the vehicle. I had no clue about the process so I locked the truck, dropped the contract and keys in the box. About 5 minutes after I checked the email and realized I had to do something online. We had to drive back to take pictures. Problem was I already locked the truck. I did the best I could in confirming I took care of the truck, just wish when I rented it I knew.

Have help at store..

Initial confirmed order listed my insurance as being $16.00 â€œsafemoveâ€ but the cheapest insurance option was $32.00. Also had placed the order three weeks prior for getting the truck in New Baltimore, MI but was called two days before my move saying the only one available was a half an hour away

No one know what to do for a drop off and asked us to just leave the keys and walk away. No, checking fuel level or mileage or inspecting the truck for damage. Wew we're so not comfortable with that. Ended up calling the company and doing a check out over the phone. Either switch to a "drop-box" type drop off so people are expecting that or change your hours to when you will actually be there to do business. There are enough U-Haul locations in the area we will definitely be going somewhere else next time

No one should give these guys business at all! I stood there for well over an hour trying to rent a uhaul trailer that I already reserved online. Should not be that hard. Who ever is the manager of this place needs to do their job and train the employees how to work the uhaul system! I have rented a trailer twice there and both times the employee had me waiting and they had no idea how to use the uhaul system at all! Manager needs to train the employees if he wants to do uhaul. Because now I will go else where to rent

It was basically a gas station in the middle of nowhere. I had to drive an hour outside of Detroit because UHaul tried to rent me a trailer in downtown that was apparently never returned and according to the clerk at that store, UHaul knew this but rented it to me anyways. This delayed my travels by almost 4 hours. The clerk didn't know what he was doing and I had to hook the trailer up all on my own. The trailer was old and very rusty. Most of the rust was surface but there were severe rust holes in a few places. The ramps did not operate properly when I put my car onto the trailer. I had my tow vehicle on level ground, turned off, in park, with the parking brake on. While driving my car onto the trailer, the right ramp came out of the trailer and dropped to the ground. My car was less than an inch from being dropped onto the trailer / road and doing severe damage to both the car and trailer.

Well the owner of the uhaul or whoever the people are that takes care of it needs to be a little more friendly then ask question then take off in the middle of the answer. And take off the 15.00 back sign inside the trailer if they werent planning on giving 15.00 back for a clean trailor after returning it

The wait time was long and the staff was somewhat disorganized.

Running a truck stop and a uhaul is too much for one person. It took an hour to get the equipment. Filling out the forms online was a waste. She had to ask for all the information and put it in the computer again.

Had to retrieve own furniture blankets from back room .. very unprofessional in many aspects

Check in took nearly a half hour. The clerks struggled to compete the transaction both in the beginning and end of the rental. They did not explain anything. I thankfully habe rented a uhaul before and knew things. I will not rent from this location again.

I rented a car hauler for local use, rented at 830 am returned 6:30 pm. When I returned the car hauler, the attendant didn't know how to return equipment so he left a note for the day attendant who came in the following day. He charged me for a 2 day rental. I called him the same day when the charge posted to my card and he stated he was going to refund the extra day that was charged. Still no refund.

The man we rented the trailer from was extremely rude and inconsiderate. He did not help us load it I hurt my back doing it and because I was a couple hours over the time he charged me for another full day. I will never recommend anybody to this location and this man shouldn't be allowed to even have a U-Haul service at his gas station. I'm extremely dissatisfied

My pick up took a little more time than I expected. I had filled out all the information online and she had to re-enter some of it when I arrived. I think the staff should be a little bit more knowledgeable on the UHAUL equipment. I called and stopped by before I picked the trailer up to inquire what size ball hitch I needed. No one knew and didn't know who to ask. When I dropped it off the guy that was there didn't feel he needed to check the trailer before I left (if I damaged it etc.), he was to busy talking on the phone. I did want to tell him that the lights on the trailer never worked for us. Other than that we had a good experience with the trailer and the price was great for what we needed.

Please either get this location some training, or better computer equipment. I've rented here 3 times and every time it takes 45min to print documents for me to sign. This time I even did everything online including express check in. Still took over 40 minutes to get paperwork and on the road. I will NEVER rent from this place again.

You need to screen who's getting the information for this service.Do not ask for an extra phone number, I gave my wifes, first time ever and she got inappropriate texts. She immediately called me and asked who I had given my phone number to, this was the only place that would have access to it! She is NOT happy and we probably won't use your service again!

SEND SOME WHERE ELSE. OVER CHARGED ME DIDNT GET BAD DEPOSIT THAT WAS PAID VERY UNPERFESTIONAL

The return was fast and easy as it should be!!