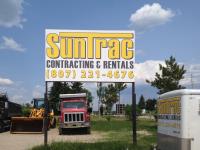 Make sure staff know the pricing structure. The customer service rep told us if we delivered the rental to the drop off location before close, we would get charged for 1 day only. My father drove the truck without stopping just to make sure he arrived in time, he did and was charged for 3 days. My father called to get reimbursed, and they said they couldn't do anything about it. They gave my dad a discount code for the next time we need a uhaul...

Only as a last resort - only game in town. Charged us for extra day and gas when the vehicle was returned a day EARLY! (And with sufficient gas.) still waiting for response to resolve this overcharge Location closed on weekends. Needed to use Uhaul's online return portal. It could not locate the return location - had to call Uhaul call center. (Again)

Had to pay 2 different moving company for nothing. Was supposed to get uhaul on the 1st was stuck paying 55$ for an extra day to stay at my old appartement. Then when I moved 18hours away the movers here were booked cause we were late 2 days cause the uhaul situation then we are stuck paying for an extra 2 days for the truck for nothing -_- Just for down-payment of the movers cost us a leg and a arm and they couldn't even help on the 2nd cause there were booked i was stuck paying them for nothing and also moved a full 3 bedroom house alone with my bf with a 6 months old baby that took us even longer:(

Nikki, manager, was unbelievably helpful, an angel in disguise.

Cab of u haul had some garbage in it and after driving for about three and a half hours found out there was no oil. It would of been nice if we had been told of low oil so it can be added right away. Other wise service was excellent service.

Trailer was buried and I had to dig out. Had to hook up trailer myself, had to get wire hook up off other trailer as the one I rented did not have one. No adapters sold at location so I had to drive to Canadian Tire to purchase 7 to 4 point connector. No one checked to see if trailer was hooked up properly. If this is not corrected there will be U-Haul trailers flying off hitch into ditch.

Nothing, quick professional service was provided

We did not know that there is no tongue / hitch jack, was quite difficult to lift to install onto my hitch as it was backed up to a small gravel pile. If we would have realized then I would have brought a jack. The U-Hall was great otherwise, thank you.

Disappointed there was no jack leg on trailer. Could not load trailer and hook up to later due to tongue weight. Jack leg is a must for next rental

Air conditioner was broken it was 35 cell...just about roasted to death..we would like s discount for the suffering we went through..

Uhaul left me stranded for 8 hours on the side of the highway in the middle of the night in the middle of nowhere. They don't call back to your service calls, they are slow and they only have 1 tow truck company they use in all of southern Ontario. The uhaul representative even asked me if I would drive the uhaul truck with an extremely unsafe wheel bearing to a hotel (minimum 20 miles away down a major highway). The experiance was absolutely terrible, the truck I picked up had used car tires in the back, I got charged on my credit card as soon as I picked it up, shouldn't be till I drop it off?. I got 3 calls while I was loading my uhaul because they didn't think my equipment was dispatched and couldn't figure it out. After I was finished unloading my broken equipment at 5pm, nobody picked it up till the next day, because of a miss communication with the tow company on uhaul end. I can't believe they want me to pay for this, unfortunately they already took out the money. Also I for some reason now got an email stating I owe $109 for the trailer being dropped off in the wrong location. The trailer was towed from my location. And I now see my truck rental is still active although I've returned my equipment I'll be posting this review everywhere on the internet unless my money is returned in full. I don't believe it's fair I pay $1408 for such terrible service and inconvenience. Paying to be stranded in the middle of nowhere for 8 hours without food, drink or anything. And no way to obtain it while I wait for a call back from uhaul. This all after driving 20 hours(1700kms) straight by myself and being only 3 hours to my destination.

Nothing at all was very pleased

Our blankets and dolly were not in the truck for our after hours pickup . my ability to beginloading my furniture was delayed a day because the location was closed. I eventually was able to pick them up the following day, however was disappointed to see that an "appliance dolly" was just a regular sized dolly. I asked customer service to prorate my blanket and dolly rental based on this mix up and my bill does not reflect that . why am I paying for a produxt rhat wasn't even in my hands for the first day of my 2 day rental?

Not charge me for bringing the uhaul on time. They charged me for 4 extra days when it was returned on time.

Internet was down and person on phone was of no help at all from Uhaul. She put me through to a location in Winnipeg, Manitoba and no one answered. Got tired of waiting and calling so did return online through Uhaul.com/share which was fast and easy.

What a cluster fuck!!! 2.5 hours just to pick up the uHaul. Had to drive 2.5hrs to pick it up and 2.5hrs back home. 7.5hrs just to pick up the vehicle. Which had an abs alarm on it, so not safe to drive, and a loud squealing which would suggest low on power steering fluid. 2 quick things I noticed. So what else is unsafe about vehicle? Also a check gas cap alarm which I had to figure out on my own.

The equipment I had reserved a day prior was not there upon my arrival. The employee present was of no assistance other than to provide me with the 1-800 U-Haul number. As my car hauler was not there, I asked her if they had a car dolly I could rent, she said they did not have one. I went to the rear of the building where a car dolly was parked. When I called the 1-800 number, I was advising there was a dolly there. A car hauler was available in Kenora so I drove the extra hour and a half to rent that one.

That when u get the keys the truck starts trucks should be plugged in ready to go. The battery was stone dead

Stands for the trailer tongues to sit on instead of the ground!

The alarm system needs to be fixed, keeps going off randomly, but the staff are the nicest people I have ever dealt with at a uhaul