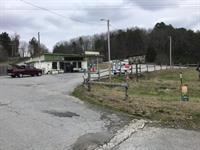 This was my fist experience with uHaul. It was a nightmare. The guy gave me the wrong truck. The equipment number on the contract was not the same as the equipment number on the truck key. He also did not explain anything to me. I tried to return the truck online on the return date and i was unable to due to the incorrect information. The return process was horrible due to this pick up.

I was supposed to pick up at a different location, but received notification a day prior that I would have to pick up at this location which is out of the way. This location did not have any moving blankets which I had requested.

The owner was great, very helpful, and went out of his way to accomodate me

Quick and helpful. Very easy return. Even helped me lift the hitch off the ball.

Rent from them with some frequency. Never a problem getting what I need.

The place was dirty, the man had me call some one about my rental reservation, said he didn't know and didn't want to know how to rent the uhauls. He was dirty looking smoking a cigarette in my face, also said he didn't know and didn't want to know how to issue fishing liscenses, no I did not ask about a fishing liscense. Handed me a dirty cracked cell phone to call the guy about the Uhaul rental. The truck had 1/2 cup coffee in holder, dirt, empty cigarette pack, and chips crushed in floor of truck. Back of truck full of dirt and waded up blankets. The man said 19.95 plus .69 cents a mile and gas hand at or greater when bring back. Yet I was charged 14.99 for insurance and $51 for gas, I shot a pic when picked up and when brought back had same amount gas and I should not have been charged for something I I did not use nor was told about. Talk with man again and he said I would be refunded, called three times in all, the last time he said his manager was taking care of it, still have not got my refund. I rented at 24 hour bait shop on 92 in Jefferson City Tenn.

The rental was easy and the owner was friendly. I can not see anything that could be improved upon.

Workplace looked very shabby. Got strong impression owner takes shortcuts on things related to his business. I didn't feel comfortable dropping off with no receipt given. When u asked he said he would text receipt, but I never received. Took pictures of dropped off item next to witness and owner. Renter's should not have to do this.

Terrible experience again. Went to drop off during hours and nobody was available. Won't use your company again.

Equipment was available much later than promised, which messed up our move schedule. Charges were higher than expected and not clearly explained. Also, wrong drop-off destination was entered (100 miles away) which created a major headache for returning the vehicle.

They were almost 6 hours late getting to the store to give me the U-Haul. Blankets were rat torn. Smelly dirty. I only received 6 instead of the 12.

very friendly, courteous and helpful. Easy to get in and out. Such nice people.

Absolutely nothing the truck and the service was 5 star excellent. Not only will I recommend to friends I will also be returning here anytime I need a rental truck or trailer.

This was not our scheduled drop off location, but the scheduled one in Strawberry Plains, TN was unwilling to accept the truck. This man at the Jefferson City location was friendly and happy to help.

Very helpful staff- suggested a discount for returning to a specific location, I am not sure if I received the discount or not but the truck and dollies we rented were nice.

Owner is extremely friendly and knowledgeable. I definitely recommend this UHAUL location for any kind of moving needs.

I asked for a receipt acknowledging no new damage. I was told I would receive a receipt later (next day or so emailed). Biggest concern was the acceptance of a large amount of liability without the proper inspection before and after my use of equipment. If I ever use Uhaul again, this will be a concern.

This Uhaul location was located in a bait and kayak rental shop beside Cherokee lake. We had rented Kayaks from them earlier in the day and while in the lake had lost the key to our car. The boys that worked there were nice enough to let us use their phone, but due to it being a sunday evening, no taxi's or ubers were available to come out to the lake. The owner of the store said "I'll give you a ride home" . Great! We are in a small community and people help each other. I followed him inside and instead of him giving us a ride he proceeded to fill out paperwork for a Uhaul. At this point, fine...I'll rent one just to get home. He said the charge was going to be $77 but since I didn't have my card with me (locked in the car) he was going to put a "deposit" of $100 in the system just so he could have the info in, but when I come back, it will be $77. We came back early the next morning. I go to pay and he says it's $99.98. I didn't argue. I just paid. it was an exhausting experience and I truly believe that he took advantage of me and the situation. I paid $100 to rent a uhaul round trip 44 miles and put more than the gas I used back in it. I wouldn't recommend.

did not have the right dolly for me. I had to use a appliance dolly for a box dolly witch in return made the move harder. Other than the dolly this is a great place with very helpful people.

Dropped off truck after hours so didn't deal with any personnel but I've dealt with them before and they were great. Location could use some visual improvements but certainly better than pick up location.

There was no problem with the pick-up location. They've always been helpful. I just don't like Ford trucks! Even the steering wheel isn't comfortable, and the truck needed to have the tires balanced. Otherwise, it did fine.