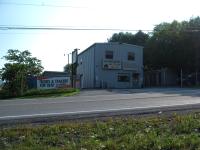 Everything went fine, until U-Haul ripped me off!, I only put 27.5 miles on the truck, I Used less than 3 gallon of gas, I put more than that back in it when I turned it in, you charged me $15 for gas! You rip me off! A nice little bonus for U-Haul!!

Nothing. The people there are extremely helpful.

Drop off site was entirely too small for the large truck I had rented. It was dangerous getting the truck off the road and the truck took up the majority of the lot and will make it difficult if not impossible for their customers to access their storage units. Dropped off when no one was there so I cannot speak for the people at this location. There should have been a warning that this site was not suitable for box trucks.

Amazing! She was so friendly and extremely helpful!!!

Parking lot was small,but not much they can do about that Also the u haul didn't have a ramp That was needed. But other than that everything else it was great.

Nobody was present at this location when we arrived to pick up our rental unit. We made multiple attempts to contact someone by phone or online to verify that we were in the correct location and what we should do since we had reserved and paid for the unit online the day before. This confusion just cost us some time in moving.

Had no trouble and the people was so nice thank u

I had requested a 10 foot truck 7 days before the pickup date, the day before I was to pickup the truck I was notified a 10 ft was not available but they put me in a 15 ft truck, I feel that I should not have had to pay for that larger of a truck. Charles Mooney

Personnel be available to receive phone calls AND be on location.

Poor customer service. Slow check-in. Had to hook up trailer and electrical connection myself.

I rented this for pick up in Princeton WV. I received a call the day before picking up what I reserved (10ft truck) could only be mine if I drove 50 minutes away. Otherwise I would have to take a 15ft. I am not pleased that with numerous locations in Princeton I had to drive so far to receive what I had reserved a week in advance. Plus I had to ask for the discount. The Charleston office did not apply it even though they knew I deserved it according to your policy.

Difficult to access with u haul equipment due to small paved area and limited parking.

Backup light in truck was out, as was tail light on Dolly. Had to drive across town to corporate store to have equipment worked on, which delayed me by an hour. Upon leaving, only had brake light, no tail light, and backup light was not resolved.

The form stated that the Uhaul had just under a half tank when in fact it had a quarter of a tank of gas. When I returned the Uhaul with the amount of gas that the Uhaul had, I was charged 31 extra dollars. I won't use Uhaul again.

Great, no hassell at all.

The only concern I have with this location is the location. It is not set up for easy access. I had a 26' truck, plus a car carrier. That was a long vehicle for that spot. Staff were awesome and accomodating though.

I"m not sure I should have been charged the extra day. Yes, I did turn the truck in after hours, however, I was given a truck that took me much longer to drive and then unload. It was much to big for me. I did not see anyone at this store as I dropped off after hours.

No one was at this location when I arrived were closed.

I live in Fayetteville WV and I asked to pick up the truck in Beckley bc Oak Hill's location wasn't open. Well I had to travel 40 miles one way to Daniels to pick up. My pick up time was 9:00 but the attendant didn't arrive til 9:15. They gave me 30 extra miles on my mileage but that was used just getting back home. I made my trip to Charlotte and it cost me $75 to fuel up. The gage on the truck and the gage on the picture that was sent to me looks different. Yet I'm being charged another $20 for additional gasoline. I don't want to do this again!

The inside office smelled terrible like smoke. The woman working there never got up to look over the truck with me. The inside of the back of the truck was dirty and something sticky was spilled all over and not cleaned up. I didn't know this until I opened it up to start loading. It was just bad service all around from there.

I felt like I went into my teenagers bedroom. This office was a mess, dirty, papers everywhere.

had a bad tire on the back it look like it had be curbed witch I had a flat tire and had to set on the side of the road for a 1.5 hours to 2 hours to get it fixed

It was not the location I requested upon reserving the carrier. It was 20 miles from where I was staying, big inconvenience. The setup of storage units and car carriers was a nightmare. It took 45-60 mins to maneuver out of the lot. Not enough space!