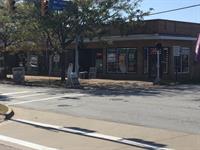 The guy working in the store was more consumed with talking on his phone instead of helping me. Also once payment was made he handed me the keys and told me the truck was out back. He did not walk me out there nor told me which truck was reserved for me. There were 2 10' trucks I had to pick one. Once I opened the back to start loading it I saw the blue covers all over the floor. The truck was not clean and I'm glad I wasn't charged for it being a mess.

They rented me a damaged truck that had a puddle of water in it the truck should have been taken out if service .

Have more trucks to choose from different sizes

There was no sign and the number on maps listed for uhaul directed me to the T-Mobile store next door. I finally was told the uhaul pick up was in the Boost Mobile store which didn't make any sense. I was incorrectly charged at first for equipment I specifically said I didn't want in my reservation so needed to wait a while for them to fix the cost. Finally after returning the vehicle the store door was locked during business hours and I found the employee in a neighboring store. I will not be using this location again and will actively be warning others not to use it either.

This had to be the most horrific experience I've ever had with a business. The customer service is flat-out horrible. If I could gives this place and the employee negative stars I would. I wouldn't wish this place on my worst enemy and these words still does not convey how bad of an experience this was.

The counter lady was nice but the location was hard to find went in multiple stores. The store personnel did not escort me to the truck or gave me no directions and when dropping truck back off they checked nothing and directed me to put keys in the box instead of making sure it was fine before I left. I will never return to that location.

Truck was filthy. Equipment that I ordered and confirmed was available. Woman didn't have a mask on. She was too busy selling cell phones and cbd products to take care of us. She wasn't there when we got there at 1:30. At a few minutes before 2 only 15 minutes after she arrived she said â€œI have to go pick up my kidâ€ no one else works at store. When we got in the truck realized that the passenger window must have been down all night during a heavy rain. Seat was soaked, but she was gone. All Uhaul would do was refund the equipment that wasn't there.

Make sure the truck is completely cleaned out and not smelling like roadkill in the back where people things need to go, I had to take the time out to clean and mop the back of the truck for my things not to smell horrible or have glass or other nasty crap on it, CLEANLINESS IS NEEDED!!!!

The guy at the counter was very rude and was not wearing a mask.

I filled the gas to the return level. And returned. I did not have someone check off. Big mistake. 6 hours later I was charged for gas. I think it's a scam. U-haul should investigate.

They ripped me off. I just filled the gas past the return level. Right before turning it in. 6 hours later I got charged to fill it to that level. Total scam

My rental has not been closed out and it's 2 days later. There is still a hold on my bank account. I have yet to receive a final receipt for my charges. I called yesterday and still nothing has been cleared up or has the $100 hold on my account been lifted. I will never use this company again. I am very unsatisfied.

Continue to operate in excellence!

The lady that took care of me was very nice and helpful!

When i arrived to pick up my uhaul i ran into a issue but she showed extra customer service by making sure i was able to leave with what i needed to leave with.

The staff was very courteous and professional. I had left some items by mistake and they made sure to protect it and was there when i came back. i am very satisfied!!!

My truck was reserved for a certain time and after waiting 30 minutes after my reservation time it was FINALLY my turn in line. The female who waited on me knew the person in back of me and decided to wait on him while holding my ID in her hand. After 10 minutes of still waiting for her to process my reservation I told her excuse me but I have movers waiting on me so can you tend to my process so I can leave. She rolled her eyes and told me well Im waiting on uhaul to pul up on the computer so you can always check in online. But why would I have to check in online when I've been waiting here in line for 30 minutes and now that it's my turn you decide to wait on the perdon in back of me because you knew him personally. This female even went as far as conversing with this persons Mom on HIS cell phone to see what kind of phone she was looking for THEN went out to the young mans car to show his Mom a specific phone........ And all of this was being done while she was waiting on me...... Smh NEVER will I use this location again

Equipment not on the truck..over charged...

I used the app to register to speed things up. The keys were not in the vehicle so I had to go to the office and stand around for 15 minutes while the attendant took all of my information and found the keys. The truck was dirty inside the cabin and the back as well. On top of that, I drove like 6 miles and paid $55! Ridiculous! Will never use U-Haul again. What a ripoff.

The lady at the counter was very nice and friendly!

Staff wasn't knowledgeable. Despite arriving 20 minutes after their opening, door was locked. Truck wasn't swept out. Came in to dispute a charge was treated poorly.

There pick up time was 10am they did not arrive until 1030. I call to see how much it would be if I was one hour late the gentleman I talked to said he would not charge if it was in by 5pm I get there 450 the young lady charges me and extra $10 she wanted to charge more but I showed her my phone were I had called. But over all the experience was good.k

I wanted a van, they gave me a box truck. I was moving a couch. That's all. The steering was very lose and not easy to drive on the freeway it was pulling so hard and not easy to maintain my lane the transmission was struggling to reach the speed limit. I decided to turn around and go back. I did not feel safe. After going only on freeway exit , they charger me over 40$. For what?! It was a mile at most. I ended up getting a pickup truck from another location. They still haven't put the money back in my bank account. It took 2 seconds to take it out and days to put it back?!!!! Why? I am broke and trying to move. Thisbb b is unacceptable! I feel I should get a full refund. The truck was unsafe and I barely used it. I was hoping you could remedy this situation. Ps. The rental office was a phone store?!! Had trouble locating it. It was an awful experience all around. Thank you for any help you can provide