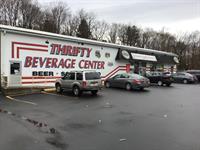 When I picked up the vehicle is wasn't as clean as other times I have used U-Haul. The windshield had a big smear. Later in my trip I smelled something and there was liquid running on the floor. I found a jug of beer under the seat that was leaking. I had an issue checking out. I answered a question not realizing it would incur a charge. They fixed it but the app is not very fluid, especially when you are in a hurry. I'm willing to give them another chance.

Better maintenance of the trucks--had a low tire pressure light when I rented the truck. Quick service when renting the truck, but slow service for returning it. I had a tax exempt form with me, but it wasn't easy to enter it into the sales system.

Reservation made online. Had to repeat the entire process at point of sales. It seems to me this defeats the purpose of making reservation online.

Online pickup had about a 15 minute wait from when I finished sending in my details to when an agent got back to me. Would've been faster to go inside to the counter

Overall a good experience at this location. Staff very helpful. Bear in mind it does get busy on a Saturday when I went with other customers (not UHaul) waiting to be served.

Dropped off after hours with no issues.

The drop-box location was not clearly marked. I needed to call customer support to find the key location and understand how the pickup would occur. It took an extra 45 min waiting outside in the cold to find out how and where to unlock the key. Very poor instructions from the Newburgh store who made this reservation.

They were courteous and helpful.

My reservation was for 10am but the store doesn't open until 10am. The cashiers were more interested in helping the lottery and beverage customers than me, who came in before most of the other customers. The truck was dirty and a lot of damage wasn't marked off.

the staff need more training, the manager were rude n rude, no business skill at all;

The area and the customer service given we're horrible.. they were rude and never checked the vehicle before we took it there was a piece of random bedframe left from the previous borrower..not acceptable

The young woman who checked me in was very nice. It was difficult to locate and poorly marked as a UHAUL location, and workers too focused on beverages to provide quality service

Make sure the gas is were it is said to be. I picked up truck with 26519 miles went 2 miles supposedly was a full tank but was at 7/8 of a tank.

First of all I got an email 3 hours before I got there telling me I had already dropped off my trailer. When I got there a very nice young man asked my name and when I told him he indicated someone earlier had dropped off a similar trailer and he was so busy selling lotto tickets or cigarettes or beer that he didn't have time to look closely at their name and he thought it was me. That could have created quite a problem. Hopefully it won't.

This issue has been escalated to management/customer service. Please contact me at anytime at 845-453-9831 I would love to speak to someone regarding this location and equipment that is rented from this location Pictures of vehicle rental have been taken, uploaded to management. Thank you for your time and looking into this matter.

Friendlier reception at this location. Truck was dirty.

Too long of a wait time to rent and return.

I recieved a bigger vehicle than requested but overall the experience was good.

they keep billing my son's account for use that did not occur and draining his bank account. they have been notified many many times, but keep on doing it. I have needed to contact an attorney to get this resolved. I would not recommend this location to anyone.

First location was not open

They didn't care bout truck radio not working ( they seemed bothered when I wanted which a truck with working radio) and back inside was dirty, had to clean it myself.

10' Van in excellent shape and felt I received great value for my money!

The dolly and pads included in my reservation were not available-this caused a delay in that I had to drive to another location and waste time. The second location was not helpful and it took 30 minutes to pick up the pads and dolly.

I had to drive over an hr away to pick up the uhual and wasn't informed until the night before around 430 PM (had to pick up by 10). In addition the initial location I picked Apparently NEVER sticks the item I needed and should NOT be an option when picking a location online. Very disorganized process and would not use uhual again. The location itself was fine and the staff was good.

Staff was helpful and courteous however there was trash left inside the cab, this wouldn't have been an issue with me however my wife was with me and it was on that side so she complained to me about it ?? Overall the experience was good.

Other than not having furniture pads these guys are always cool, polite, and very helpful. I appreciate the service and that's why I'm a repeat customer.

This uhall company is one of the best company that I've ever dealt with. And I thank you for your service

Pick up was quick and easy.

Van was not there on time. The gas reading was set higher than the actual reading. 7/16. It was actually 5/16. I returned truck with 7/16 and they recorded it as 1/2 full. Your tanks should be full when picked up and returned full. Very bad system.

Have pick up location provide a clearer path for U-haul customers. When you walk in there were no obvious signs where I needed to go. Ended up being in the far corner of the store which was just a chair and a phone register. Creepy.

It was a dirt lot with NO PERSONNEL just back in the equipment and leave it there.... Didn't look very safe. Anyone could hook and take the equipment, but this is where they sent me a text to drop it off.... So I did.

The people were very nice and helpful

The trailer was very old and worn. The beverage person was very helpful but the Uhaul representatives on the phone were terrible. We had a problem with the trailer lights and when we called Uhaul the representative stated she wasn't a mechanic and what did I want her to do. I was then rudely disconnected. I also travelled over 50 mile to pickup the trailer which is ridiculous.

This location was poorly upkept and no one helped me. In the future, UHaul should provide WiFi so that it is easier and quicker to complete their forms. Yet, for some reason this location didn't have free WiFi. Why is that?

the truck was disgusting inside and was not full like the contract said. the employees response was "well just bring it back like that you should be fine"

Get a dedicated Uhaul service center. Not a trashy, scarey, drug-infested neighborhood with a uhaul rental option. Who's genius idea was it to allow rentals here? I had to pick up the truck and car dolly from TWO separate locations. Which was extremely inconvenient. Not all items/trucks were available closer to me. Moving is very stressful as is, you added to the stress.

The overall experience was terrible with this location was my third location. My first location sent my reservation back to home location even though they had a rental, second location related they had a rental selection on site for over two weeks and it was too late to go another location delaying my departure almost 24 hours. Last and third location was good, but couldn't find my drop off location on the computer location roster. I was given a $50.00 refund for the inconvenience, I should be given at least a 50% refund for the unnecessary delay and driving 40 miles out of my way (one way) to discover no trailer on site. Terrible experience.

I dropped the truck off after normal business hours. The location was easy to find. The lot was big and well marked. I'm sure this would be an excellent daytime drop off spot.

While the location itself was just ok, the employee there went above and beyond to help me and get the trailer hooked up successfully. Very helpful staff!!

The location was not very convenient for picking up a large trailer. too many other vehicles parked in the area. Busy residential area.

I reserved a hand cart with the truck days beforehand. When I arrived, I was told that my hand cart was accidentally given to another customer early that morning. The representative called one location, who also didn't have any hand carts, and then I was told I'd have to find one by calling or stopping in other UHaul locations. I explained that I was under a huge time crunch and didn't have time to locate another handcart. The representative made one more phone call to another location, but they didn't have hand carts either. Obviously, more hand carts need to be purchased in this area! Finally, I was told by the rep that he didn't have time to call any other stores and was given a number to call myself. So I had to go back outside, call the number and wait again while they tried to locate a hand cart. Finally one was found, which I initially was going to pick up. However, after I found out where the exact location was, I realized it was way too far out of the way to deal with it. I was extremely frustrated by this point by the lack of organization, which ended up wasting A LOT of time and put me way behind schedule! This, in addition to not having a hand cart, made for a very stressful start to my move.

Not in a good part of Poughkeepsie. We had made the reservation to go to the Rt 9 U-haul location and instead were went to the location by the Dutchess county Jail

Put a ramp on the 10ft trucks

The whole experience started with phone calls and emails I was soposed to get a truck for 24 hrs and then told when I arrived to pickup it was for 16 hrs.then I was sent way out my way to another office to get the a smaller truck then what I needed !!!

The employees at Urban Beverages were very helpful and polite.If I needed to rent from there again I would.

Return went smooth, no probs., thanks a good experience would rent again in the future.