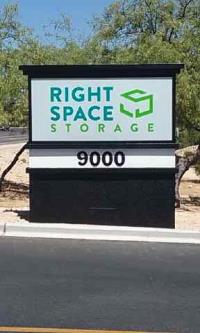 Outstanding customer service and great professionalism during my drop off.

The truck needed roadside assistance as soon as. The roll-up door wouldn't close as the spring loaded cables were off the axle. When road side assistance arrived about 2 hours later, the service man was stumped as what to do. He ended up removing the cables so the door could at least be muscled open and closed. He admitted to seeing the same truck earlier in the day and said it should not have been sent out again. I'm 6'3" and had to squeeze into the cab for a very uncomfortable ride to my final destination. The wait for roadside service made us miss our drop-off appointment at the facility we were supposed to drop the truck off.

Excellent experience. The attendant was courteous and friendly

Everything was great, I honestly will not bother using another company other than this location

This experience was very smooth & easy!

not sure if there will be a place later in this survey for these comments, so I'll include them here. Bed of truck had not been swept or not swept well, I found a couple screws from furniture or electronics and some small stones. I did fully sweep the truck when I returned it. Passenger rear tire was low on air.

Get new windshield wipers so that the next person that rents the truck doesn't get held up because of not being able to see out of the window going down major city streets or highways going the speed limit. Other than that excellent service and easy to deal with.

Truck was suppose to have everything I needed to move a few pieces of furniture included, (blankets, straps, and a dolly). It had nothing in the back and the dolly the clerk gave me was not even a very heavy duty one. Really made what should have been a simple job a BIG hassle. I was very disappointed .

Very nice, Informative and would use this U haul location again.

This location is a little hard to find since it is tucked back. Better signage for easier locating would be great.

Location was a bit difficult to find...guest service was EXCELLENT!! Thank you:)

do not improperly charge incoming customer for the wrong amount of gas in vehicle at the time of pick up.

the mileage on the vehicle was set in kilometers, yet it was recorded in miles on my contract and charged extra miles. I was UNDER in miles, not over. Put gas in it and was pretty sure I was close. Was charged $33 for 1/8 tank of gas!

I wasn't aware that this place was operated by a third-party vendor, I thought it was an actual U-Haul store. Also there was only one customer service rep at the counter, and she was helping another customer. So I ended up waiting about 10 minutes in the lobby to get served. When I finally got the truck home, I looked in the back and realized there was no dolly there. Thankfully, the movers I hired to help load the truck had one, otherwise I would have been in dire straits. Yet I was still charged for using the dolly by u-haul. Also, I was charged for furniture pads, but I was told I would only be charged if I used them. Yet I was charged the $20 to use them. When I returned the next day to return the truck, the office was locked even though it was during normal business hours. When someone came to the door, I informed her of the dolly issue and turned in the keys. Later that day I received a call from Right Space informing me that there was still a lock on the U-haul truck. Evidently they couldn't figure out that this was the lock provided with the truck on a chain, and the employee I was speaking with wasn't aware that there was a key to this lock on the same key ring as the truck key. I definitely walked away from this experience with the impression it was amateur weekend at U-Haul.

online servicing and app is a BUST..the location rep. saved the day, your lucky they were there, (corporate) ...otherwise this review would be a big ...0...

The smart phone procedure was cumbersome and not user friendly.

Great experience. Customer service was great. No issues with picking up or returning.

The Uhaul website reported that Right Space bear canyon had a utility dolly available for renting but in fact they did not. It all worked out for the best and I still had a great experience. Mark at Right Space was tremendously helpful.

Mark was wonderful and appreciate his patience and kindness.

I had to go to another site from where I made the reservations. The pickup site was not a official uhaul vendor it was a storage company. However I did pick up the truck for my move. Because of the change, uhaul rep offered me 2 extra days and extra miles, how ever the extra days came with extra cost for insurance which was not extra. I was advised that I could not pay for the days used but had to pay for the 2 days for the total of 5days even if I only needed the truck for 3 days which was requested. The added free days cost me extra in insurance cost which was not needed. So there was not EXTRA, but more of a cost to me.

Rude employees, horrible service!! I will NEVER use you again!

I reserved the truck the night before at a closer location, so this one was at least an extra 6 mile round trip requiring even more to refill the gas tank, costing me an extra $7. Other than that, the move was successful in one trip which is why I rented the 15 foot versus the smaller truck, which might have required 2 trips, or an additional $50-$60 in mileage charges.

Person was initially not very helpful. I had forgotten a step in the online process, and thought I could pu the truck at 7 am but sign on door said hours were 830 am. So came back at 830 and was told I couldn't get the truck until 9 am because that is when we do uhaul transactions. But I could go online and get a code before then if I wanted. He did eventually decide to help me 15 minutes later. Just weird. If it wasn't for the laborers being flexible I would have been in a world of hurt. Would not recommend doing business at this location.

Not a full Uhaul facility. Very little supplies available at this location. No signage on main street, not that easy to find.

The fuel clock inside the vehicle was wrong. It said I used so much of fuel, but when I filled up the vehicle it was way off. It was more then what it had said. Don't like the idea feeing like im being scammed. If that is not the case that should of been looked into not answered with "oh that is odd".Also when I went to return the vehicle due to "day light saving which doesn't effect us in AZ the lady at the desk said I was late. which I was not. I have no problem paying for something if I was late. but I was not. Not happy with that, I wont be using that location or this company again. The vehicle itself was fine other then those little bumps. It did the job without any problems,

Had a few issues but discussed with them and I will rent from them again.

Great customer service. The pick up was fast, easy & much better than a different U-Haul location I used last year. I will be using this location from now on and definitely recommend to friends & family.

The lady working was very nice and helpful.

The woman that works there is fantastic! Very friendly and helpful!

Laura, the site manager, is wonderful to work with -- throughout the entire truck rental process from initial inquiry till return check-in. She was very accommodating of our need to reschedule and then to add a second day with a smaller truck. I'll highly recommend truck rental through Laura to anyone in need of these services! Thanks, Laura

Self pick up does not work!!!! It couldn't find my location and I tried from multiple browsers on my phone. Lucky the office was open because that would of been a huge waste of time. Wish there were discounts for using the veh during non peak hours or even using self check out

Outside of dirty windows, transaction was efficient, smooth, friendly and a pleasure to do business with.

The desk attendant was wonderful and friendly.

Thank you so much Laura! Your service was both friendly and helpful.

So called manger was very discourteous, unfriendly, rude. Made us wait outside in 102 degree weather, could not get a drink of water. He had zero customer relations skills. We felt we were bothering him.

By far the nicest, most efficient staff personI have ever dealt with ... she deserves a raise !

My Complaint is with Area Field Manager Elizabeth Eggers. I had a concern that I had to bring the Truck back to the same place I rented so the site got her on the phone, she was Rude and abrasive even going to the point of Refusing me service and Telling me to go use Budget or Ryder! she was very unprofessional and did not care about the customers concerns. She was on the Attack right away, even after I told her I had used Uhaul to help move. I am always moving do to work and have used you guys in the past. This experience will make me reconsider that. I have no complaint with the Site, I am giving Elizabeth Eggers A bad review and will never rent in the Tucson area again. Thanks Drake D. Miera 520.235.9962

Laura made the whole moving experience very positive. Her cheery personality and helpfulness was very appreciated. The facility is very well maintained. I even got a courtesy call about leaving my storage unit unsecured (there was nothing in it yet). Very thoughtful. The truck was clean and ready to go as scheduled.

The truck drove so easily, which made the work go faster

Yeah the truck stalled out while I was driving it. Pulled over then it started up again. Other than that everything was good. Just thought I'd mention it.