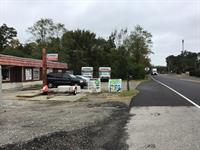 Everything went fine. The woman who helped with out trailer was very nice.

Evelyn was very helpful and knowledgeable!

The lady is very friendly and polite. Have rented from her more than 3 times. Provides excellent customer service.

Dispatchers for a given area should be more familiar with geographic layouts. They sent me to Williamsburg, VA from Hayes/Gloucester, VA by-passing a pick-up location that had trailers available. I wasn't aware that I probablycould have stopped there. It would have saved me about an hour."As the crow flies" is not always the closest; especially when there are bridges and rivers to cross.

Wonderful staff. Had what I needed.

Only use trucks during business hours

The OWNER at Kirbis were wery nice and very helpfull. Great customer's service. She has a great heart. We will return anytime. Thank you.

critical D-ring in front right corner of the cargo trailer was broken so we relocated the rear left in order to tie down the Goldwing. Suggest more rigorous inspection and maintenance of equipment.

She was so sweet and helpful. I will be back.

U-Haul has made great improvements since the last time I rented. Thank you for your nice equipment.

Dispatch Manager on site was amazing. Very easy to work with and was accommodating to customer needs. Truck was in good shape and clean. Easy location near highway 199 and I-64

Worst experience I've ever had renting a vehicle. Took 45 minutes to rent, with no other customers. I had already made the reservation and confirmed it through the app on my phone but when I walked into the front door to pick up my vehicle the lady told me that she had just canceled my reservation as per my request. ??? My response was what are you talking about? And she said she had just talked to me on the phone and told me some story about a fiancÃ© and changing a 20-foot rental truck to a van? She even said it was my name and credit card. I don't know what she was talking about. She had canceled my reservation, but she still had the truck available so I said yeah sure, fine, go ahead and make another contract and check me out. She went to the process of trying to run the credit card and it took her about 25 to 30 minutes to run the card because she didn't have the right equipment, her computer wasn't working correctly, the Visa company was not working correctly, there were several excuses. When she finally got through the process, she turned to me and told me that my card had been declined. And that no, I cannot rent the truck. I asked her what was I supposed to do next and she told me to call my wife and have her come pick me up. So I called my credit card company, they told me that my card had not been declined, it had not even been pinged by the U-Haul company. Nobody been attempted to try to use my card. So I had the lady try running again, of course it was the credit card company and it was the internet and it was the telephone, it was all these other excuses why it did not work , But now it finally did work and she was able to rent me the vehicle. ... When I checked back in, I made sure that she's had seen it and it's signed it off and I had my receipt in hand because I did not trust her to be able to do this without me being there and watching her go through the process. I would not trust this lady for anything, not that I believe she's dishonest. But I do believe that she is very incompetent. ... but of course, it's not her fault

My interaction with the attendant was superb - she was helpful and kind. The location and facility was not "lovely" - but really, in the end, I got exactly what I needed.

Great service, in and out with the contract and trailer hooked up in under 10 minutes. They are also open Sunday, it seemed like they are the only resource available in the area on Sunday. I would enthusiastically recommend.

too much headed and waiting time, we wait for 1 hour to finally get our equipment for a simple rental, needs to work for the customer, not only thinking about the money you can made

Very friendly and helpful!!! Will use them again!

Attended didn't want to rent the truck because probably wouldn't make good money. One reservation was already cancel because not card on file, they could call and check with customer if still need the equipment, not cancel with out talk to customer that is in need of equipment, that is why a reservation is been done. We make new reservations with a card on file and attend still want to cancel our reservations. We need it to go farther with uhaul main office to make this happens.

Kirby's rental experience was effortless, thanks to Evelyn who was very helpful, professional, and friendly. Great experience overall!

Everything was great I will use you again

I was very disappointed I could not pickup where I scheduled the pickup.

The lady working was very nice and helped me very much to my satisfaction.

They were very helpful in ensuring the trailer was hooked up properly and performed all safety checks, very pleasant lady to talk too. I felt safe and happy renting from here.

Everything was good. A previous user spilled something in the back of the truck that had not been cleaned. Over time it hardened. I was unable to get it up. Just make sure it is documented so that new users are not held accountable. I made the Uhaul rep at Sanders aware of the spot.

The owner was very helpful, courteous, and cheerful! A lovely woman who cared about customer satisfaction and her business.

Very friendly and helpful. Thanks so much for a great experience!

The trailer I rented was perfect for what we needed to move. The dealer was very helpful at pickup. I'm glad we have this business in our community.

First of all, we were trying to pick up the truck on Sunday morning, however that location did not open until 11:00 a.m. so we picked up the truck on Saturday. We had to go put gas in the truck and the engine light came on. We called U-Haul and had to wait 90 minutes on Sunday for a mechanic to come check the truck out. He fixed the truck and we loaded it. We had to go back to Kirby's to get the tow for the car and she did not have the one we ordered. She said it was not on the order. She hooked the tow bar that had two wheels up on the car, we wanted the tow that had all wheels up however, she said she was not allowed to hook the car on the tow. She sent us to the U-Haul on Warwick and when we got there, they said we needed a block because our car was low to the ground. They sent us the U-Haul on JClyde Morris. They told us they did not have a block. We called the U-Haul on Denbigh Blvd and they said they had it and when we got there the guy said he miss understood and thought we needed the tow bar, he did not have a block. By this time, we did not know what to do or where to go. It was getting late on Sunday and some of the U-Hauls were getting ready to close. We called U-Haul Customer Service and they sent us back to J Clyde Morris. Mind you these are not short distances from each other. We told customer service, we had been there and they said they did not have a block. Apparently, they were not telling the truth. The young lady from Customer Service said they do have a block and to go back there. We went back to the U-Haul on J Clyde Morris and they did have the block and put it on the ramp for the car to get on the ramp. By the time we ran all over town, we used a fourth of the gas we put in that 26 foot truck. As we were driving to South Carolina the engine light came back on. We continued to drive. Once we got to SC, up in the morning, We were late meeting the guys to unload the truck because we went through the same thing all over again to find someone who had a block to take the car off of the ramp. We could not unload until we got the car off and out of the way of the door. The location that Kirby had for us to go to in Columbia, SC was on Elmwood Ave, they could not take the truck nor take the ramp off He said he did not have room for a 26 foot truck. He sent us to another location and they didn't have a block so they couldn't take car off of the ramp. We call Customer Service again and they sent us way across town to the U-Haul on Two Notch Road and they were very helpful and we left the truck and tow there. We suggest that if you have a tow bar rental for a vehicle, you should have the equipment needed to hook any type of vehicle to the tow bar. We lost a lot of gas and time. We did not get to SC until 2:45 Monday morning and our hopes were to be there early Sunday afternoon. We were suppose to meet the guys to unload the truck at 11:00 Monday morning and we did not get there until 12:30 so they charged us to the hour and a half

The whole process was streamlined, and everything went smoothly. I'm very impressed with UHaul and would highly recommend. It was nice that the base price included almost a 200 mile range.

Lady is super nice. Enjoyed getting to meet her and talk. Great place to slow down and enjoy the simplicity of life.

The rear tire was flat. When I discovered it, it took over two to get it fixed. However, under the circumstances, I believe everyone who helped solve the problem did the best they could.

The building and office space is in disrepair and looks rundown. Could really use some renovations. However, service was great!

The lady was very helpful and nice.

The woman who runs the place I think her name is Evelyn was so sweet and helpful!!! I will recommend her to everyone and it will be my only choice when I need a rental.