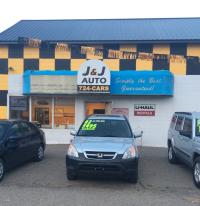 Fix the reservation process which is a disaster!

The tow dolly we picked up was older, and the wiring to the left tail light was disconnected. This was the only tow dolly I was able to find between Rochester New York and New Jersey, so we took it. Fortunately I carry a set of magnetic Towing lights say that we were able to legally transport the car. Usually the equipment I get from Uhaul is in better shape. I did let the staff at the drop off location now that the unit needs service before it goes out again. Other than that it did the job just fine.

fast and easy check out when picking up the truck which we were very grateful for.

There's no equipment there

When renting the truck in Binghamton, NY, was told it was o.k. to return the truck to ANY U Haul dealer. Attempted to do so, and was told it was a $100.00 to $250.00 charge to drop it off at a dealer not listed on the contract. This incurred additional mileage to get the truck back to the original drop off location in Albany, NY. I was charged for a dollies and other moving items that I did not request. I did request 12 blankets, but upon inspection, was only given four. Fortunately, Albany U Haul was able to correct all these issues to my satisfaction.

very helpful and easy to work with.

Nothing against the owner/operator, it's just that this dealer was located over 10 miles further out than the original location we contracted with. When we were told to go to the further out location to pick up the truck, we were told that only the truck was reserved, not the pick up location. Then we weren't given any increased mileage to compensate for the further distance traveled.

I reserved the trailer to be picked up in Johnson City NY and dropped off in Lakeville NY, I received a call to inform us that we would not pickup the trailer in Johnson City but would need to pick it up in Binghamton. It took more than an hour to check in due to us arriving over an hour late, then after it was approved to take the trailer Mr. Covello advised us that a cable was missing and would we take the trailer across town to pickup a cable. I said no and would not tow a trailer with on lights. I said we will cancel the rental then he called someone who brought the needed cable. After close to two hours we got on the road. The trailer towed very well there were no problems on the road.

Communication be between office and corporate seems lacking. There was a lot of confusion over where I was supposed to be and what I was renting. It seems like you guys should have software for satellite offices that should show you what is seen at corporate.

The site manager was not helpful in helping me properly hitch my car or even familiar with how to properly hitch the vehicle. I needed to go to another location at Binghamton Chenango location where they hooked up the car properly and were very helpful and informative.

My receipt never gets e-mailed to me.

No offense at all to J&J Auto Sales. The gentleman who took care of the UHaul paperwork and got us set up was very nice. The location is small, and my UHaul was the only UHaul truck on the property - there was another small trailer. The UHaul itself was fully gassed, clean and ready to roll. It's just the location wasn't in a great part of Binghamton and it wasn't convenient to where I was moving from, which is why I wouldn't necessarily recommend this location to a friend. If you were moving from the Conklin/Kirkwood area, it might make sense.

was very pleased with service and vehicle

The people at J&J Trucking in Oxford MA were very nice and accommodating. However, U-Haul is a horrible company to deal with. I originally had reserved a 17 ft truck one month in advance through Casey Storage in Webster MA. A few days before my scheduled move date, I was contacted by U-Haul in Worcester MA ; someone there stated that they had my truck reservation and that I should contact them to confirm. At no time when I reserved the truck was I told that I might have to travel elsewhere to get the truck -- I was led to believe that the vehicle would be available at Casey Storage in Webster MA since they rent U-Haul trucks. This was a "bait and switch" tactic on Uhaul's part and I would have had to spend additional time and mileage getting a truck from Worcester. How ridiculous! After I complained to a Uhaul manager, he was able to at least get me a smaller truck (14 foot) at J&J in Oxford. I requested a discount due to the inconvenience -- after all, I DID book a month in advance to be sure that I would get the truck I would need through the storage location that I was using. The manager I spoke with on the phone indicated that he could not discuss a discount but he referred me to discuss my request with the district mgr, a man named Richard ......? Richard phoned me and left a message for me. His tone sounded of annoyance and indifference to my problem. When I tried to return his call, he was not available and I was not able to leave him a message because his voice mailbox was filled and not accepting any new messages. "My, how professional," I thought to myself. Because of the smaller truck, I was forced to run back & forth for two trips instead of one; therefore I HAD TO PAY FOR MORE MILEAGE USING A SMALLER TRUCK EVEN THOUGH I HAD RESERVED A LARGER TRUCK ONE MONTH IN ADVANCE. In addition, the truck seemed to have transmission issues and ran a bit sketchy. I would never use U-haul again. Never! I had problems using U-Haul 10-15 years ago and swore I'd never use them again. However, it seemed like it would be convenient to rent a Uhaul from the storage place since they had several trucks in their yard, so I decided to give Uhaul another chance. I thought perhaps that the company had improved since 10-15 years ago. I was wrong, obviously. I would discourage anyone I know from using Uhaul and would recommend that they rent a truck from a car dealership in Webster MA instead. And your district manager Richard so-and-so is a useless fool who does not represent your company well at all. If Uhaul gives a hoot about my poor experience with their company, I should be contacted by someone at Uhaul with an apology and an offer to credit a portion of my Uhaul expense due to the inconvenience and trickery that I was put through. That gesture would make me believe that Uhaul gives a hoot about customer satisfaction. I doubt that you will even post my review since it is so negative -- but it's extremely honest.

Tank you for all.

Very friendly and helpful experience. I would highly recommend and will use them again for all of my rental needs.