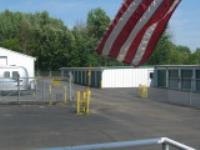 The lady was awesome! Great experience

Rented on the 24/7 online site. Don't rent online the customer service representative was extremely rude and unhelpful. Renting online was supposed to be faster but it wasn't. Sat outside the storage unit place for 30 minutes trying to get the rental steps you have to do when you're at the location to go through wasn't working so I called the number and the lady was rude and just said sorry you have to wait. Wouldn't try to do anything to accommodate me and help me move it faster basically just told me sorry you have to wait.

Could not be more satisfied. Kathy was especially nice and helpful, but also a business person. We were treated very well.

???? Really nothing the owner who help me was more friendly er and more understanding =)

Nothing keep doing the great job you did for me

The operator was great to work with. Five star experience, will use service again

Wonderful experience! Very nice staff and helpful with everything needed.

I don't think any improvements should be made my use and the help of this facility was outstanding! I will most likely use this location if I need to move again and will recommend ti family and friends for all their moving needs. Thank you!

That gas mileage gauge is only in the green saving range when the truck idles, is coasting or if your foot isn't on the pedal.

you are lucky to have people like kathy she is the best u-hall rep. i have ever delt with.thank you kathy for your help jay.

Nothing - It was perfect. The truck was even pulled up and waiting when we arrived.

The past two rentals have been very frustrating! Wanted a 5 x 8 and have been given a 6 x 12 both times! Then I never know where I am told to go pick up the trailer. Just want to get the trailer I reserve!

The hitch should have been installed tighter. I tightened it when I got home. My on line uhaul pickup message showed 8:00 for pickup, but that location doesn't open till 9:00. The pick up time should take into account when the store opens. I did get a phone call from the pick up location so it wasn't a problem at all. I'm not criticizing the rental location, I criticizing the on line notification.

Personnel was distraught & cranky due to being so busy & we did not have an appt. to deliver the truck at this location. Picked delivery site because it was closest to our destination.

They always are the top professionals I would drive acrossed Michigan just to rent from here because I know they check and take care of there equipment.

This is the place to go for storage or u hual I will not go any where else. Thank you for the great service as always.

I don't know because Kathy was great and extremely friendly and helpful. The office on Belsay road was very clean and professional. Truck was really clean.

I wish U-Haul would see the safety value in power mirrors.

the place we picked up was awesome. I DO NOT appreciate renting a 12' trailer with NO wheel on the hitch. This is TOO heavy to pick up. The lady at the rental site had to help hitch it up. We had to use a car jack to get it off the hitch. POOR set up!!!!

Wonderful, friendly service. Will be back! Thanks!

This location has the cleanest equipment around. They go above and beyond expectations.. Highly reccomend this location.

Cathy is the BEST!!! Very helpful and cares about her customers.

Nothing...your staff and equipment are excellent...I am a frequent customer. Thank you

I arrived 15 minutes before the pick up time and was asked to come back later. The clerk did not review the truck with me for prior damage or go over operating procedures. I had to ask which truck it was. There were four customer parking spots, I parked in slot two, I was "directed" to move my car to slot three or four. The truck had very little gas in it when I picked it up. When I asked about that she said there were gas stations in either direction.

Hard to maneuver in the ice and snow. However it is a very convenient location with a super friendly staff.

Very friendly and helpful. Made us feel at ease renting a larger truck. Would recommend to anyone.

Had what I needed with a last minute reservation!

friendlier regional customer service. nearly cancelled my reservation because of her. " well I left you a voicemail to call me ma'am" is an unnecessary comment when I call surprised about them changing my pickup location without my knowledge. .

They are very very rude at this location. I was told that even though I checked in online they needed to see our drivers Licenses, which is fine, but the woman said its because I could be a dishonest person. Not just because they need to verify. I am a hosp .Admin for a vet. Hosp I would never let an employee talk to a customer the way they do at this location. Then I called today becaus ethe total on my bank statement was for the entire amt of 120.68 instead of the $40. And again it was my banks fault and the girl got all nasty because I was questioning it and again very very rude! Never will rent from this location again!

The lady working in the office was so helpful. She answered all my questions with such ease, she made me feel very confident in renting one of your trailers. It was very clean and easy to handle. Thank you again for your help.

Staff was fantastic, truck was great!

Nothing Very friendly and helpfel

1. Have tanks full upon pick up so you don't have to guess at how much to put in later. We were told us they lost money because people didn't fill it up all the way each time and she had to put gas in the tank to bring it back up to full. 2. The rear tires are below the 8th inch tread depth.

This driveway was not clearly marked if you don't know where it is, and the parking lot was really not big enough for the truck I dropped off.

I moved my entire world and spent quite a long time discussing which truck size I should rent...turns out I should have rented the larger size. The person I spoke with convinced me a 20' was more than enough...not! I needed three other vehicles to load up whatever was left over. But all is good now!

Very polite and attentive to our needs. Thanks

The staff is helpful and friendly.

The atmosphere is very inviting and welcoming and the staff is very friendly and helpful..There is also reasonbably-priced storage at this site.

Be more communitive..... would be nice to get a refund on the 40.00 overage of gas left in the tank.

I got to the store to pick up my trailer, 4' x 8'. None of the information I filled out online was there so we had to redo it, about 10 min gone by. By the time that was done a guy worker tried to hook up the trailer to my truck, another 10-15 min. The trailer lights didn't work! He got some help from the lady that was also working. She coudn't figure it out and said it was probably my truck since the lights were just worked on on the trailer. Pissed at this point I explained to them I had a trailer hooked up to my truck (2008 Ford F-150) in late October and it has been in the garage ever since. By this time someone else who got a trailer, and came in AFTER me, has already come and gone. We then moved to another trailer and hooked it up. The guy worker checked the brakes and the blinkers and they worked fine. We had to go back inside and redo some of the paperwork then. By the time all was said and done we were at the store to get the trailer about 45 min. Mind you I did all the work online before I got to the store. We were on our way. When we wer done shopping at our last store at dark, in Detroit, we didn't realize until later that we didn't have any running lights on the trailer. The lady that was at the store was very rude. I understand that stuff happens, but to be rude on top of my waiting was uncalled for. I will never return to this store again. Unfortunately, the U-haul name has also been tainted when this happened. I really hope that you can fix the problem. Thank you very much, Melissa Salgat Samples