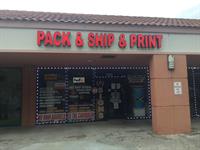 This location needs a customer service training. I spoke with Ari and the way she called and spoke was unacceptable. I did raise my voice upon her attitude and her lack of communication skills. When I got upset because of her attitude and lack of customer service skills she decided it was okay for her to get upset as well, we went back and forth, I asked for her name about 5 times until she gave it with an attitude and then closed the call rudely after i said i was gonna go to the location because at that point i wanted to speak with a manager, she hang up in my ears. I called back, not wanting to speak with her I asked for a manager, she said there no manager, I said may I speak with an adult, she said how may I help you, I said can I speak with someone else she called David to the phone, who is supposedly the owner in the back ground I hear him say with an attitude â€œI thought she said she was gonna come hereâ€ he took the phone and I greeted him with respect â€œHello good evening my name is Reneeâ€ instead of acknowledging my courtesy he responded as if he didn't want to speak and had all this attitude instead of trying to fix the mess his employee created. So I started raising my voice at him too. I asked him his employee's name and he lied and said Jasmine. I told them tally up my total, they gave me a total of $167+, I heard them in the background laughing and talking, adding extra cost to my total, Ari in the back ground saying it's $206, he came back on the phone and said $260+ and then the last total he gave me was $124+ I said I'll put the money on the prepaid card so you can bill it, his response was along the lines of â€œyea go do thatâ€ he's not fit to run a business. I decided I wasn't going to pay anything until i get this resolved, i went there before closing hrs, the â€œOPENâ€ sign was still flashing but the locked the door when they saw me walking up. I called, they didn't pick up and this was a little after 5pm... I got the first call from Ari at 4:22pm. Obviously they don't need a job. The person who I rented the truck from she was a very nice well put together individual, very sweet lady with great customer service skills, I expected nothing less after dealing with her but Ari and David is a disappointment to the business. I decided I didn't want to speak with anyone from that store anymore so I called customer service to see what I needed to pay, the truck or any information wasn't even in the system but they were giving me all these different totals. The customer service agent tried to call to get info but they didn't pick up so I asked her to leave a note of what was going on and in the note asked her to put that I did not want to be contacted by those people. They called me on Monday and I declined the call and called customer service, the agent said â€œis this about the cargo van that is still outâ€ I told her I brought it back since Saturday, Ari and David still added extra fees to my total. Customer service called the store and spoke with the person who rented me the truck, she fixed whatever needed to be fixed and my total ended up being $56.62. I told her NOW I'll add the money to the card then she can go ahead and bill it. I'm very disappointed, in all my life I've never had an experience like this, I've never had to raise my voice at anyone that's supposed to be providing quality customer service. Not because the business is in the ghetto doesn't mean the employees are supposed to act ghetto, all that should be left at home or at the door before opening hrs. I've done business with uhaul before and that's why I thought I could again but In all honesty, I'm taking my business somewhere else where my money and I will be respected, I know it doesn't matter because there are other people out there that'll give you their business but think about when they end up having the same experience I did.

This is my first interaction with this location and it will be my last. Van was dirty, they double billed me not to mention over charged me they billed me 3x. And when I called they took no ownership and their service is poor.

This was not the original drop of location. However they help me to drop off the van there. The problem was that they did not check in the van the day I drop it off.

There was no dolly in the van that I had requested. I called customer service TWICE! And was assured I wouldn't be charged and now I've been charged for it.